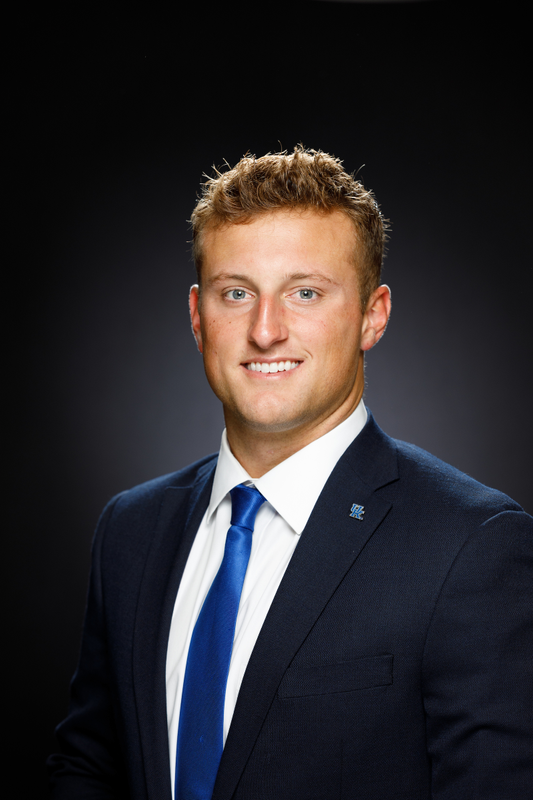 2022 – Super Senior
• Elected to return for a sixth year, taking advantage of the NCAA’s ruling to grant an extra year of eligibility due to the COVID-19 pandemic
• Has played in 16 career games for Kentucky

2021 – Senior
• Saw action in all 13 games, seeing most of his playing Ɵ me on special teams
• Got a fumble recovery vs. New Mexico State and his first career tackle at Louisville
• Named to SEC Fall Academic Honor Roll

High School
• Three-year letter winner and starter at linebacker for head coach Joe Chango at Metairie Park Country Day
• Totaled 63 tackles, including 10 sacks as a senior, helping the Cajuns compile a 9-4 overall record
• Also had one forced fumble and a fumble recovery
• Earned All-District honors
• Member of the United States Saddle Seat Team who captured the Gold Medal in the 2014 US Saddle Seat Equitation World Cup
• Also a member of the junior team from 2012-13
• Competed in his first equestrian show at the age of five
• Chose UK over North Carolina

Personal
• Born in Metairie, Louisiana
• Son of Donald J. Nalty Jr. (dad) and Holly (mom); and James Nichols (stepdad)
• Dad, Donald, played football at Tulane from 1982-86
• Graduated on December 17, 2021 with degrees in marketing and management … Graudated with a third degree in communication in May of 2022 and is working on a master’s degree in sport leadership

William Says
• His nickname is “Nalty”
• He chose Kentucky because it’s a great area with great people
• When he’s not on the field he enjoys riding horses and meeting new people
• One word to describe him on the field is “determined”
• The best advice he’s ever received is “don’t count the days, make the days count”