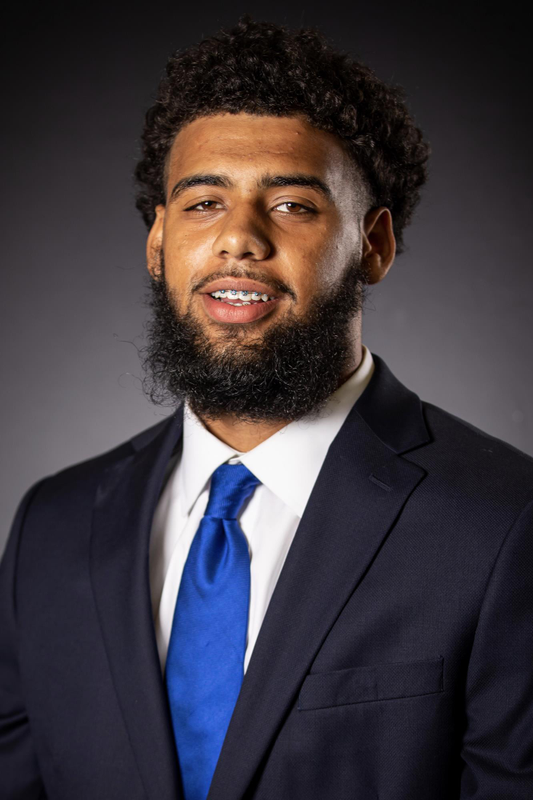 2021 – Sophomore
• Played in nine games with two starting assignments, his first career start came vs. Vanderbilt … Also started vs. Iowa
• Totaled 21 tackles, 1.5 tackles for loss, a pass breakup and a quarterback hurry
• Led the Wildcats in tackles with six vs. Tennessee
• Had his first career sack and first career pass breakup at Mississippi State … Also finished with a five tackles
• Had three tackles in the win over Iowa in the Vrbo Citrus Bowl

High School
• Ranked the No. 3 Kentucky prospect and a top-20 safety in the class of 2020 by 247sports
• Announced his decision during the U.S. Army All-American game in San Antonio, Texas
• Named a U.S. Army All-American and first-team All-State member after totaling 88 total tackles (26 solo), four interceptions and two fumble recoveries during his senior season
• Named honorable mention for the 2019 Class of the Commonwealth by the Lexington Herald-Leader
• Four-year starter for head coach Mark Spader at Bowling Green High School
• Also returned kicks
• His defensive prowess helped lead the Purples to a 9-4 record and a semifinal appearance in the Class 5A playoff s in 2019
• Also participated in track at BGHS
• Chose UK over Alabama, Georgia and Texas A&M

Vito Says
• He chose Kentucky because it’s home
• Three words to describe him are chill, calm, and sweet
• One word to describe him on the fi eld is “dangerous”
• If he could eat one thing for the rest of his life he would eat tacos
• His sports hero is Sean Taylor