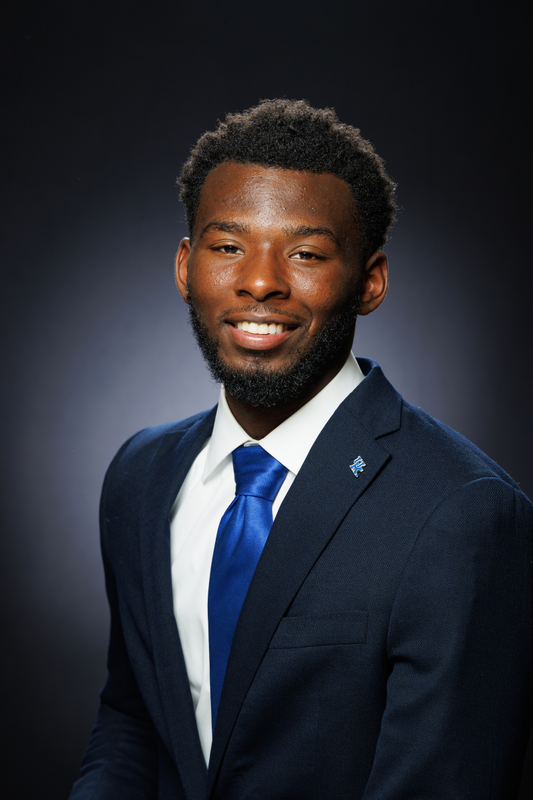 High School
• Rated a four-star by Rivals, 247sports and on3.com
• Rated by 247 as the No. 138 overall player in the nation and No. 12 edge rusher
• Ranked the No. 18 weakside defensive end by Rivals, while on3.com had him No. 13 as an edge player and the No. 3 prospect in talent-rich Pennsylvania
• Played both wide receiver and edge rusher for head coach Darnell “Pepsi” Farrow
• Considered one of the top pass-rushing recruits in the state
• Named to one of the Top 10 Defensive Ends by the Western Pennsylvania Interscholastic Athletic League in 2021
• In a shortened five-game season in 2020, totaled 10 catches for 94 yards and a touchdown, while averaging 5.8 tackles and 1.0 sacks per game
• Also participated in basketball, track and volleyball during high school
• Ran a time of 11.63 in the 100-meters and had a season-best long jump of 19 feet, 2 inches as a junior
• Posted a time of 23.99 seconds in the 200-meter dash and finished in third place at the 2021 City League track and fi eld championships
• Picked Kentucky over Auburn, Penn State and Pittsburgh

Tyrese Says
• His nickname is “Reese”
• He chose Kentucky because of the winning culture
• Three words to describe him are tall, goofy, and funny
• Besides playing football, he is also very good at cooking
• His favorite family recipe to make and eat is yams