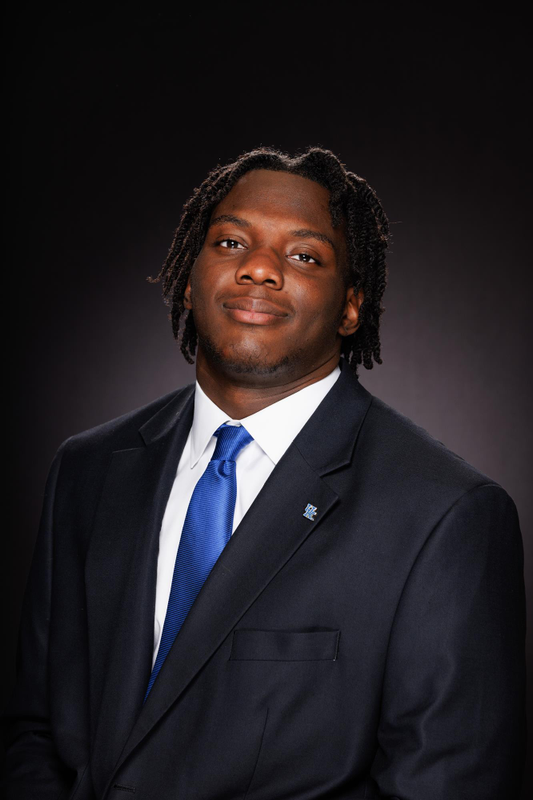 High School
• Rated a three-star by both Rivals and 247sports
• Ranked as the No. 42 strongside defensive end in the nation and top player in the state of Delaware by Rivals
• First-Team All-State selection as both a junior and senior
• Named the 2021 Delaware 3A Defensive Player of the Year by the Delaware Interscholastic Football Coaches Association after helping Middletown claim the 2021 DIAA Class 3A title
• Totaled 58 tackles, 25.5 tackles for loss, 10.0 sacks, two forced fumbles and two pass breakups
• In a shortened eight-game season in 2020, charted 45 tackles, 19.5 tackles for loss and 8.5 sacks, helping his team to a 7-1 record and conference championship, while finishing as state runner-up
• Coached by Zach Blum
• Named to the Honor Roll as a senior
• Picked Kentucky over Michigan, South Carolina, Arkansas, Missouri and others

Tomiwa Says
• His nickname is “Big Tomi”
• He chose Kentucky because it gave him the best opportunity to play in the NFL and help him reach his full potential
• After football, his dream job is to be a collegiate coach
• One word to describe him on the field is “passionate”
• Besides playing football, he’s also very good at making breakfast food