Shawn’Kel Knight-Goff, Linebacker, 6-2, 220, Fr-HS, Louisville, Ky. (Doss Magnet Career Academy) – Ranks as one of the top 10 players in the state of Kentucky … A three-star prospect by both Rivals.com and 247Sports.com … 247Sports.com ranks him as one of the 50 best weakside defensive ends in the nation … Had 66 tackles, nine sacks, three fumbles forced and one fumble recovered as a senior … Also was a led the team in receiving with 16 catches for 180 yards as a senior … Posted 50 tackles as a junior with a fumble recovery and interception as a junior … Was named an all-state performer as a senior and tabbed to the Louisville all-metro first team … Coached by Phillip Hawkins … Chose Kentucky over Louisville and Purdue. 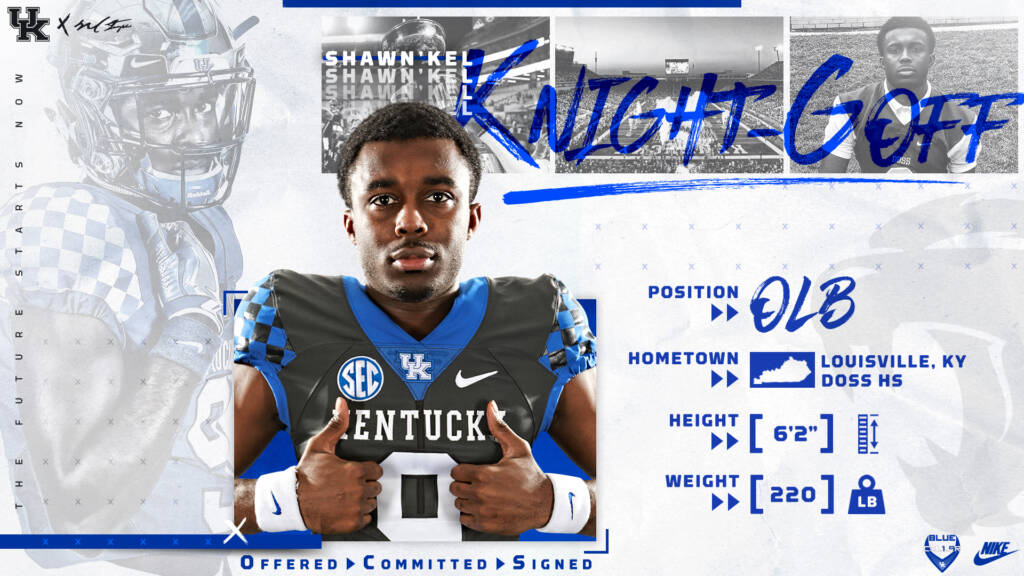