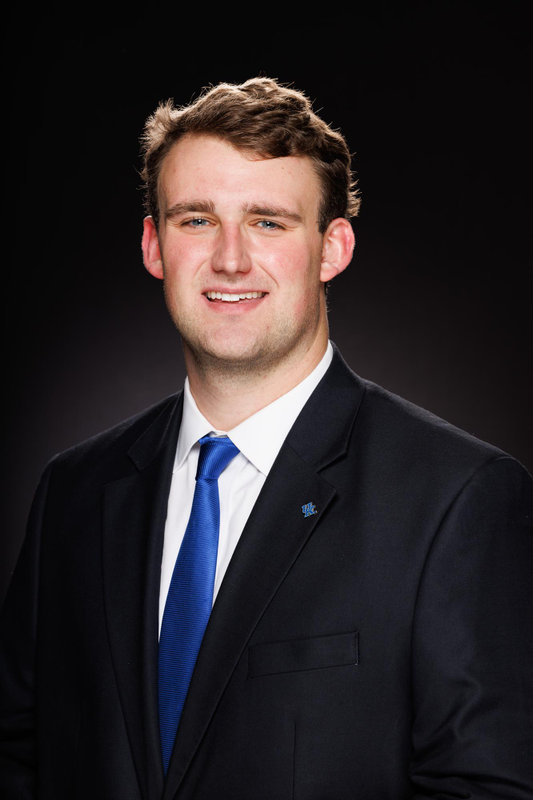 High School
• Three-year letter winner at Saint Xavier under head coach Kevin Wallace
• Started at defensive end and helped lead the Tigers to 9-4 record as a senior, totaling 68 tackles and 7.0 sacks
• Named All-State honorable mention and was a member of the Courier Journal’s All-Metro Louisville football team as a senior
• Helped St. Xavier go 12-3 and finish as state runner up in 2017
• Also played basketball for two seasons
• Member of the National Honor Society
• Chose Kentucky over Butler, Jacksonville and Louisville

Personal
• Born in Louisville, Kentucky
• Son of Theresa and Rich Bascom
• Has a twin brother, Alex, also on the team
• Double majors are in finance and management

Richard Says
• He chose Kentucky because he wanted to experience the highest level of football
• After his football career, he would like to be an investment banker
• His sports hero is Justin Thomas because he’s from Louisville and he’s one of the greatest to ever play golf
• The three people he would invite to his fantasy dinner are Robert Herjavec, Donald Trump, and Lebron James
• The best advice he’s ever received is “do what you think is right, not what others think is right”