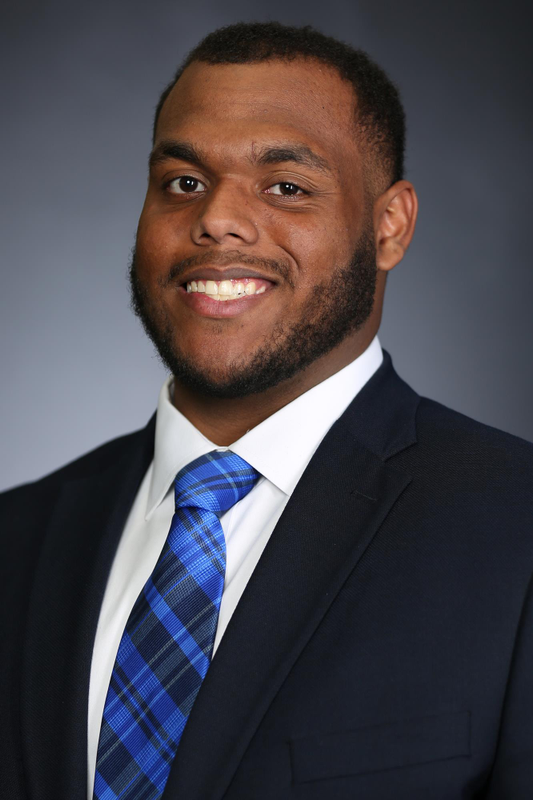 2020 – Sophomore
• Played in five games
• Saw his first action of the season vs. Vanderbilt and also saw action at Alabama, at Florida, vs. South Carolina and vs. NC State
• Dean’s List (Fall 2020)
• Named to SEC Fall Academic Honor Roll
• Named to CoSIDA Academic All-District Team
• Served as one of three representatives for UK football on the Student-Athlete Advisory Committee (SAAC)

Personal
• Born in Cincinnati , Ohio
• Son of Terri and Lloyd Johnson and Ken Wilson
• Has one sister, Calais Pitman
• Graduated in December of 2020 with a degree in management … Completed his bachelor’s degree in two and one-half years with the help of advanced placement credits earned in high school … Earned his MBA at UK’s Gatton College of Business and Economics in May of 2022 …Currently working on a second master’s degree in sport leadership

Quintin Says
• His nickname is “Q”
• He chose to play football at Kentucky because it’s a family environment
• Other than playing in the NFL, his dream job is to be in sports management
• Most people would be surprised to know he didn’t start playing football until his freshman year of high school
• One word to describe him on the fi eld is “smart”