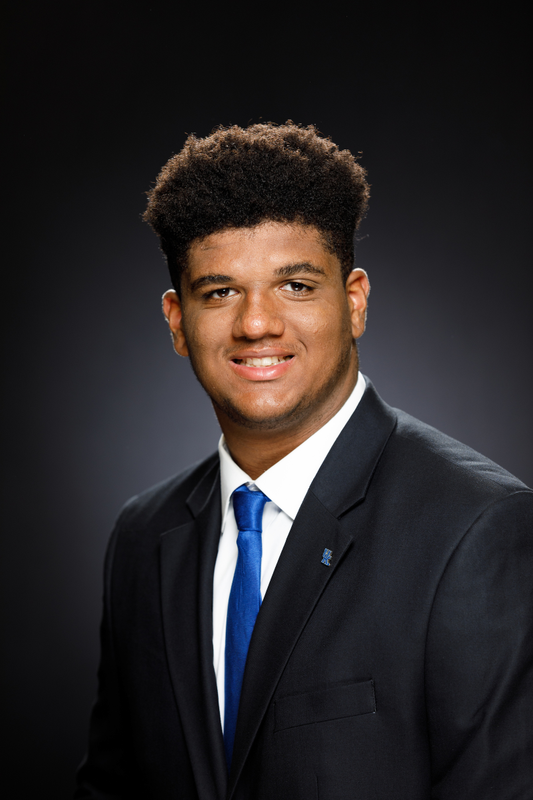 High School
• A four-star recruit and No. 92 nationally by on3com, which also listed him as the No. 8 offensive tackle nationally and No. 22 in the state of Texas
• Rivals listed him as the No. 65 offensive tackle in 2022 class
• Coached by Joey Saxe
• Became the first Akins player to sign with a Division I program
• Earned first-team All-State and All-District
• Named an Adidas All-American
• Nominee for Austin Offensive Player of the Year
• Named Akins’ Lineman of the Year for 2019-2020
• Named second-team All-District as a sophomore and junior
• An all-around athlete who also participated in baseball, track & fi eld (shot put) and golf
• Picked Kentucky over offers from Texas A&M, Ole Miss, Arizona State and Oklahoma State

Personal
• Born in Lexington, Kentucky
• Son of Candice Shipp and Antonio Hall
• Has two younger brothers, Noah and Antonio Hall Jr.
• Son of former Wildcat and All-SEC offensive tackle Antonio Hall (2000-03) and Candice Shipp who was a high jumper on UK’s track and field team
• Cousin, Ronnie Harris, was an Olympic Gold Medalist in the 1968 Summer Olympics
• Major is undecided

Nik Says
• Other than play in the NFL, his dream job is to be a sports agent
• He chose Kentucky because everything just felt right
• One thing most people don’t know about him is he doesn’t like to play video games
• One word to describe him on the fi eld is “freak”
• Speaks a little bit of French