Rated a three-star recruit by Rivals and 247Sports and the No. 24 player in New Jersey … On3.com has him as a three-star and a Top 200 defensive back nationally … Helped lead the Blue Knights to an 8-3 record as a senior playing at cornerback and wide receiver … Totaled 47 tackles and had two pick sixes … Offensively, had 15 catches for 421 yards and five touchdowns  … Named to the 2022 Jersey Sports Zone All-Zone Football Team … Coached by Ashley Pierre … Had offers from a host of East Coast schools, including Pittsburgh, West Virginia and others. 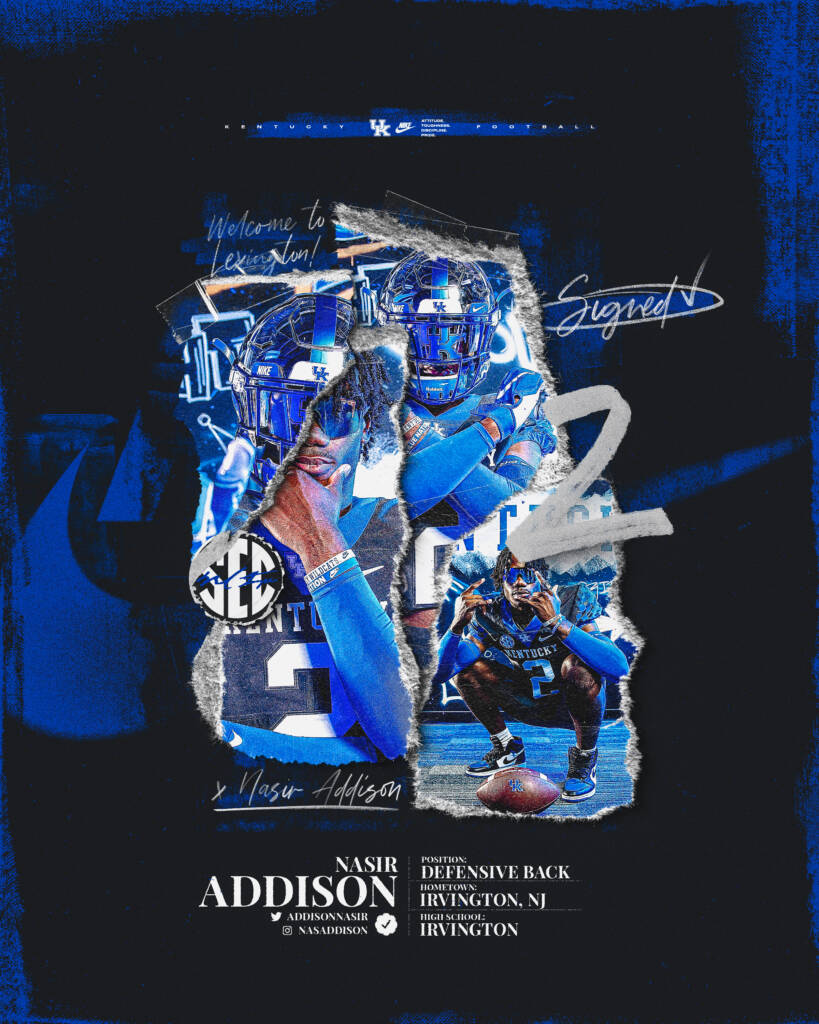