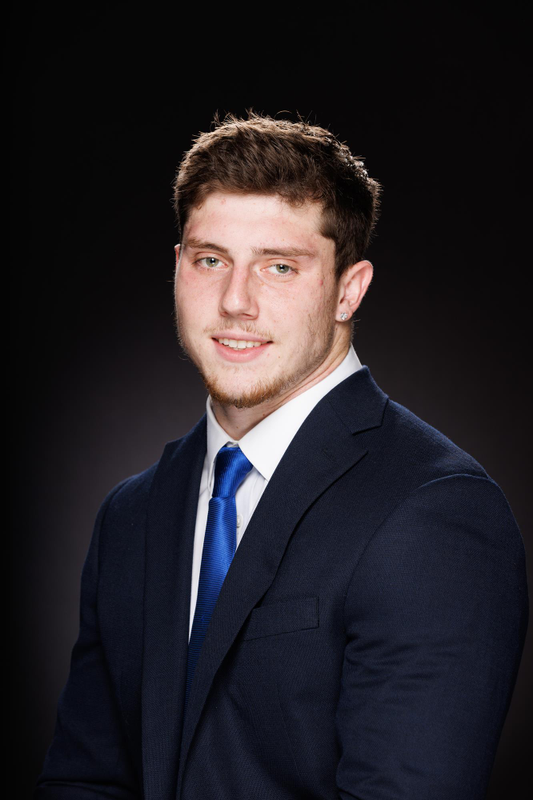 2019 – Freshman (Michigan State)
• Redshirt season
• Played in one game and was named Scout Team Special Teams Player of the Week vs. Rutgers

High School
• A four-star linebacker who came out of traditional powerhouse Cardinal Mooney High School in Youngstown, Ohio
• Ranked among the best players in Ohio by 247Sports (No. 9), Rivals.com (No. 15) and ESPN.com (No. 19)
• Listed as one of the top overall prospects in the nation by 247Sports (No. 280) and one of the top overall prospects in the Midwest (No. 51) by ESPN.com
• Three-year starter for head coach P.J. Fecko
• Cardinals’ leading tackler as a junior and senior
• Totaled 98 tackles, 16.0 TFL and three sacks in 2018 as a senior
• Named to the 2018 Ohio Prep Sportswriters Association All-State Third Team in Division IV
• Two-time Ohio All-Northeast Inland District First-Team selection
• Named to the Butkus Award preseason watch list as one of the top 50 linebackers in the country
• Landed a spot on the WKBN Big 22 list
• Honorable mention all-state choice by OPSWA (Division IV) as a junior in 2017 after recording 135 tackles, including six sacks, and eight forced fumbles
• An all-around athlete who also participated in basketball, basketball and track at Mooney
• Excellent in the classroom as he was a member of the National Honor Society and ranked in the top 10 in his class with over a 4.00 GPA
• Named the WYTV “33 Student-Athlete of the Week” on Sept. 13, 2018
• Chose UK over Cincinnati , N.C. State and West Virginia

Luke Says
• Other than play in the NFL, his dream job is to be a sports agent
• He chose Kentucky because of his strong relationships with the coaching staff
• In one sentence he describes Coach Stoops as “not only a great coach but a great man”
• One thing most people don’t know about him is that he can play the piano
• The best advice he’s ever received is “no one cares, work harder”