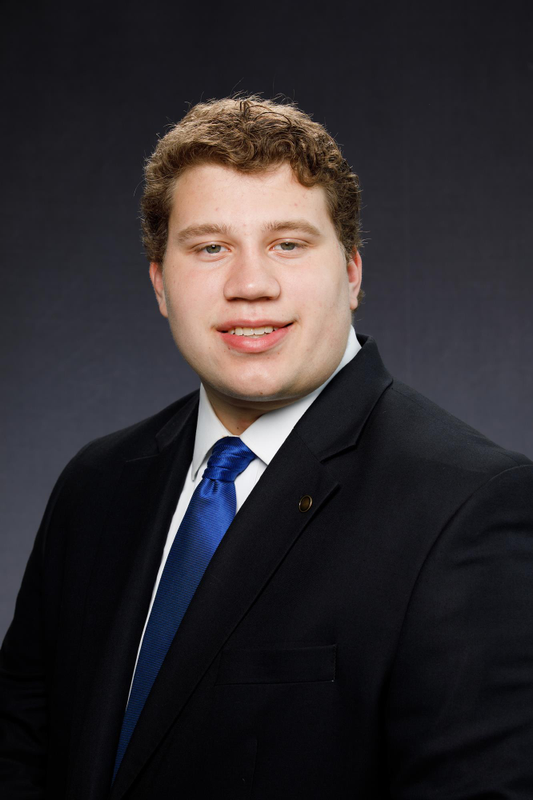 High School
• Moved to Albuquerque, New Mexico for his senior season but only played in three games due to a COVID-shortened 2020
• Prior to moving to New Mexico, was a two-year starter at center for head coach Ben Bergusen at Homewood High School in Birmingham, Alabama
• Rated one of the top 10 centers in Alabama for the spring of 2020 by Playmakers Elite Sports
• Named second-team 6A All-State in 2019 by the Alabama Sports Writers Association
• Earned a spot on the 2019 All-South Metro Team
• Named to the Over The Mountain Journal’s All-OTM High School Football Team in 2019
• Participated in the 2021 Blue-Grey All-American Bowl
• An all-around athlete who also lettered in basketball (center) and track & fi eld (shot put)
• National Honor Society Community Cats
• Packed meals for countries struggling with starvation with Grace Christian Meal Pack (2022)
• Volunteered with My New Kentucky Home Special Olympics event (2021)

Personal
• Born in Salt Lake City, Utah
• Son of Scott and Cynthia Padgett
• Siblings are Logan and Layla
• Comes from a family of athletes as father, Scott, played basketball at Kentucky from 1995-99, helping the Wildcats advance to two Final Fours, including a naƟ onal Ɵ tle in 1998 … Went on to play eight years in the pros … Mom, Cynthia, was a four-year letter winner on UK’s volleyball team from 1994-97 … Older brother, Logan, currently plays basketball at Shelton State Community College
• Major is undecided

Lucas Says
• He chose Kentucky because it has great academic programs and he likes the culture around the entire athletic department
• After football, his dream job is to be a coach
• Three words to describe him are smart, funny, and calm
• The best advice he’s ever received is “don’t change who you are to impress others”
• One thing most people don’t know about him is that he’s a huge superhero fan