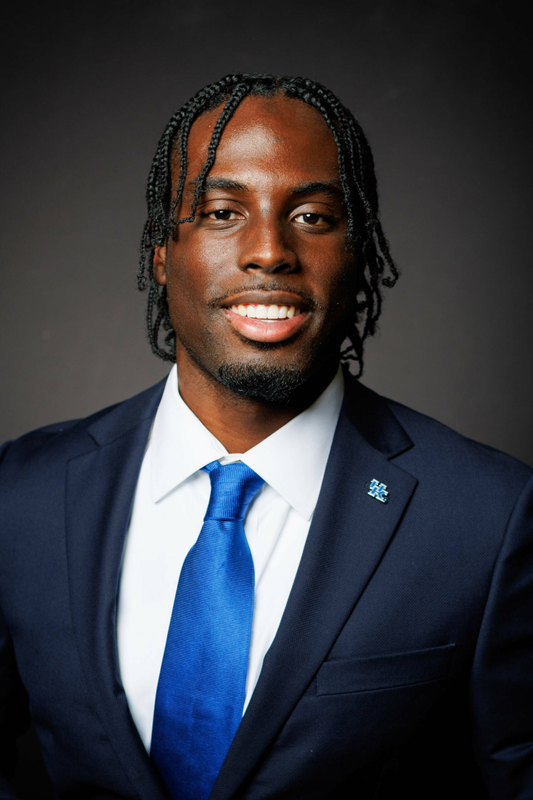 High School
• Two-year letterman and starter at Chilton County High School for head coach Tal Morrison
• Played defensive back and linebacker for the Tigers
• An all-round athlete … Also a three-year letterwinner as a point guard and small forward on the basketball team and a two-year letterwinner as a catcher and center fielder on the baseball team
• After high school, attended Shelton State (Spring ’19), New Mexico Junior College (Fall, ’20), Alabama (2020) and UAB (Spring ’21, Spring ’22) before transferring to UK for the fall of 2022.

Personal
• Born in Birmingham, Alabama
• Son of Bernard and Orlita Lacy
• Siblings are Bernardus Jr. Lacy, Braelyn Lacy and Kobi Albert
• Younger brother, Kobi, is a freshman DB on the team as well
• Major is pre-finance

Kory Says…
• His nickname is “Kory,” derived from his real name Al’Koryan
• He chose Kentucky because UK gave him an opportunity
• After football, his dream job would be acting or in front of a camera in some capacity
• Three words to describe him are intellectual, charismatic and smooth
• The best advice he’s ever received is “live in the moment”