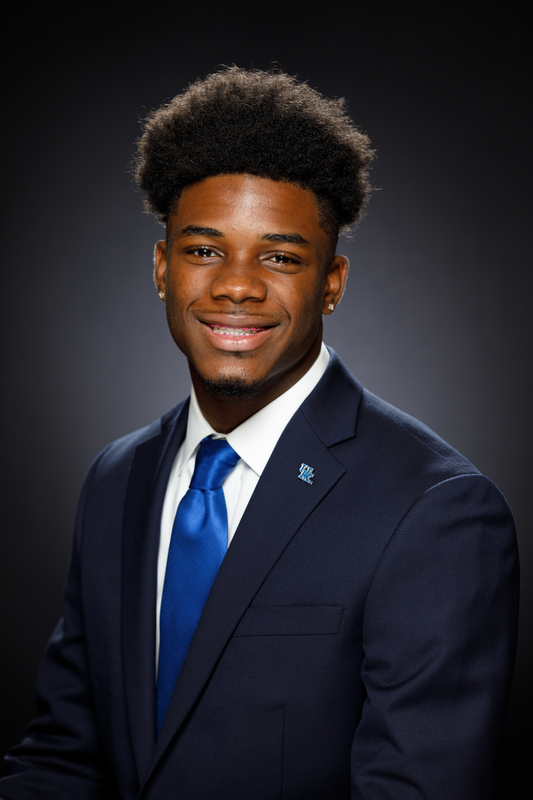 High School
• Considered one of the 20 best athletes in America
• A four-star recruit who ranked as the No. 12 prospect in the state of Alabama according Rivals and the No. 20 “athlete” in the nation
• 247Sports Composite lists him as the No. 17 athlete in the state and No. 21 nationally in his position
• A two-way player, who lined up at wide receiver and defensive back at Fairfield Prep for head coach Keon Handley
• Totaled 12 touchdowns in 2021, helping Fairfield to a 7-4 record
• Also made 31 tackles and snagged four interceptions
• As a junior, caught 30 passes for 555 yards and eight touchdowns
• Additionally, returned five kickoff s for 147 yards and a TD and made 29 tackles on defense
• Also an excellent basketball player
• Chose UK over Auburn, Maryland and Michigan

Personal
• Born in Annapolis, Maryland
• Son of Orlita Albert-Lacy and Bernardus Lacy
• Siblings are Bernardus Jr. Lacy, Braelyn Lacy and Kory Albert
• Older brother, Kory, will be a member of the UK football team as well

Kobi Says
• He chose Kentucky because it felt like home
• One word to describe him on the fi eld is “exciting”
• One thing people don’t know about him is that he can do a back flip
• When he played football as a kid he pretend to be Super Man
• Other than play in the NFL, his dream job is to be a sports analyst