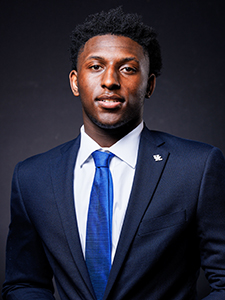 A four-star prospect by Rivals.com, the No. 7 player in Michigan and No. 17 tight end … Rated as a three-star prospect by 247Sports Composite and the No. 5 player in Michigan and No. 23 tight end … ESPN lists him as a three-star and the No. 9 player in the state and No. 13 overall tight end … Chosen as an Under Armour All-American … A versatile athlete who played tight end, wide receiver and defensive end for head coach Marvin Rushing at Cass Tech … Caught 225 passes for 339 yards and five touchdowns, helping lead the Technicians to a 9-4 overall record … Named First-Team All-Detroit by the Detroit News … Elected to the 2022 Michigan High School Football Coaches Association 11-player Dream Team as a wide receiver … Older brother, Rahmeem Anderson, currently is a sophomore offensive lineman at Michigan … Rejoins high school teammate Deone Walker … Chose UK over Cincinnati, Michigan and Pitt. 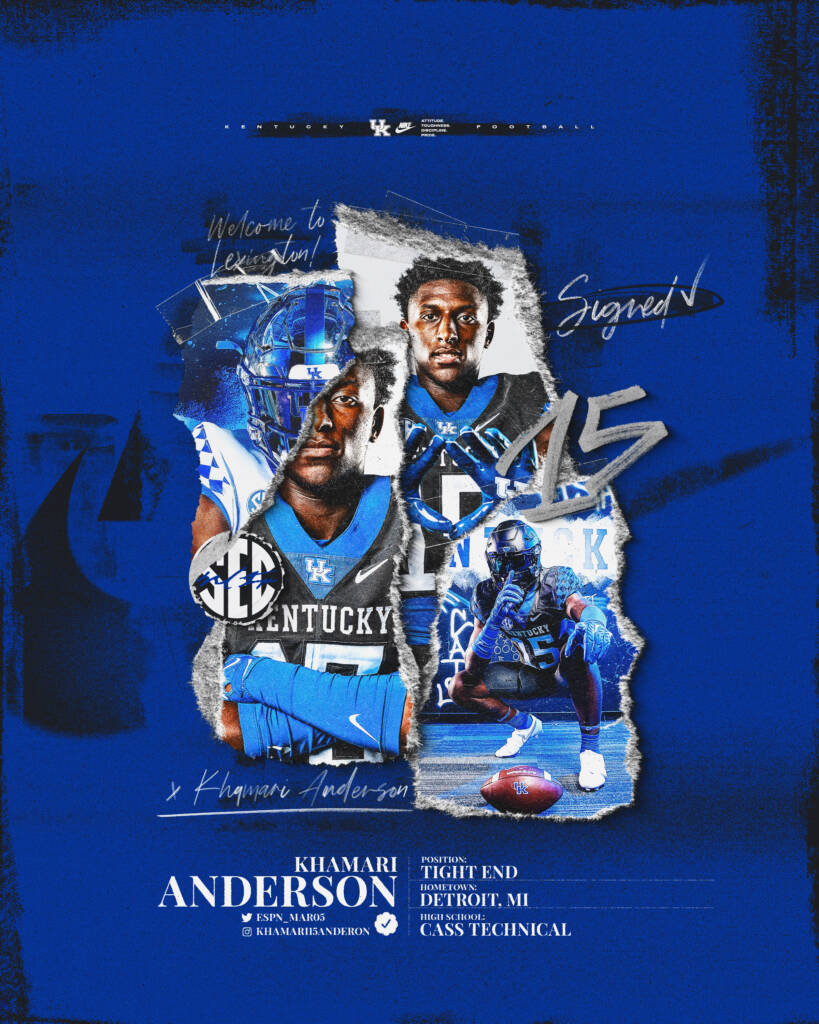