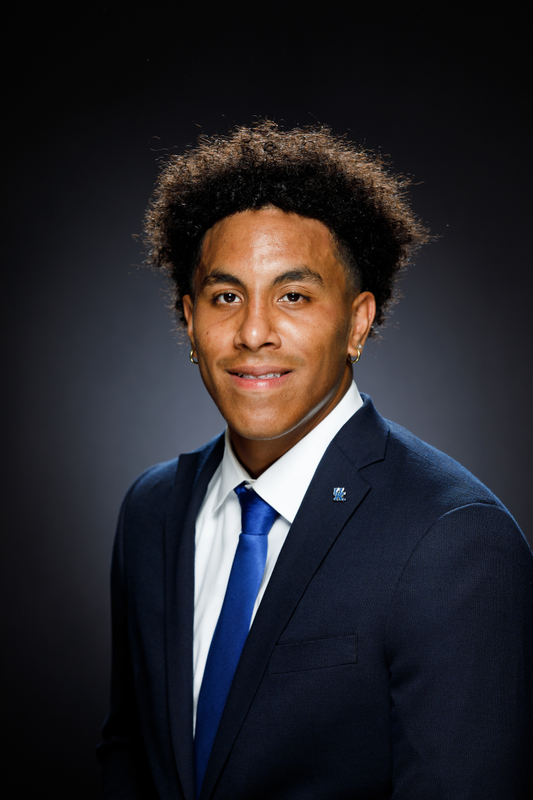 High School
• Consensus four-star linebacker is listed as one of the top 25 linebackers and nation’s top 250 prospects by all three major evaluation services
• The No. 18 linebacker and No. 193 nationally by Rivals.com
• The No. 21 linebacker and No. 192 nationally by ESPN
• Played in the All-American Bowl for the East squad in San Antonio, Texas on January 8, 2022
• Helped lead Summit High School to a three-year record of 40-5
• Team was state champion in Division I, Class 5A as junior (14-1 record) and state runner-up twice, Class 5A as a sophomore (12-3) and Class 6A as a senior (14-1)
• Finalist for Class 6A “Mr. Football” as a senior, an honor won by twin brother Destin
• Named Region 7-6A defensive MVP
• Totaled 84 tackles as a senior, highlighted by eight quarterback sacks, 26 tackles for loss, two interceptions (one returned for a touchdown), five fumbles caused and six fumble recoveries …Coached by Brian Coleman
• Chose Kentucky over Tennessee, Louisville and Virginia

Personal
• Born in Nashville, Tennessee
• Son of Valerie and Steve Wade
• Has three brothers, Jalen, Cameron and Keaten
• Twin brother, Destin, also is a freshman on the team
• Major is pre-marketing

Keaten Says
• His nickname is “Kea”
• He chose Kentucky because of its academics, coaches, and it is family oriented
• Besides playing football, he’s also enjoys golfing, fishing, video games and working out
• Three words to describe him are focused, hardworking, and happy
• What motivates him to work hard is his mom because she’s sacrificed so much