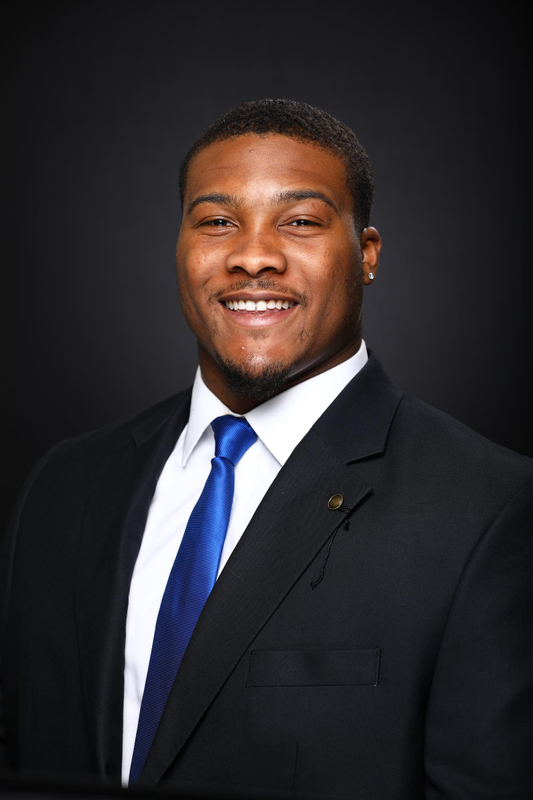 2022 – Senior
• Moved from outside linebacker to fullback in the spring

2021 – Junior
• Transferred to Kentucky after three seasons at Georgia Tech
• Has seen action in 23 career games (19 at Ga Tech, 4 at UK)
• Has one tackle at UK vs. NMST and also saw action vs. ULM, Louisville and Iowa
• Totaled eight career tackles, three fumble recoveries and a tackle for loss at Ga Tech
• Mid-year enrollee

2019 – r-Freshman (Georgia Tech)
• Made 11 appearances, including his first college start at defensive end in the home opener against South Florida (Sept. 7)
• The Yellow Jackets’ top ball hawk, led the team with three fumble recoveries
• Also finished with six tackles (five solo) on the season, including an 8-yard sack

High School
• Rated as a four-star prospect by Rivals coming out of high school
• No. 2-ranked player in his class in the state of Kentucky and the No. 18-ranked inside linebacker in the nation, according to Rivals
• Listed as the nation’s No. 16-ranked inside linebacker by ESPN
• Two-time all-state honoree
• Two-time first-team all-district selection
• Nominated for Army All-America Game, Dick Butkus Award (national high school Linebacker of the Year) and Kentucky’s Mr. Football award as a senior
• Selected to participate in Kentucky/Tennessee Border Bowl, Kentucky Best of Bluegrass all-star game and Army All-American Combine
• Helped lead Bowling Green to state championship as a junior in 2016
• Two-time team captain
• Honor roll student
• Coached by Kevin Wallace
• Played first two prep seasons at Oakland H.S. in Murfreesboro, Tenn. (coached by Kevin Creasy and Tommy McDaniel)
• Helped lead Oakland to a pair of district championships as a freshman and sophomore (2014 and 2015)
• Also lettered in track and field and basketball

Justice Says
• Other than play in the NFL, his dream job is to be a sports commentator
• One word to describe him on the field is “beast”
• Besides playing football, he’s also good at riding dirt bikes
• He chose Kentucky because it’s home and UK will help develop him into a better player and man
• One thing most people don’t know about him is that he’s country