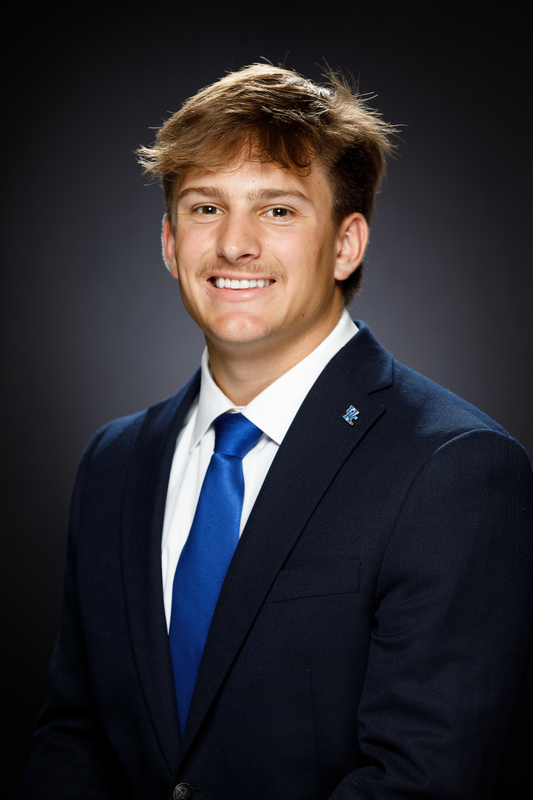 High School
• Lettered three years for head coach CJ Wilson at Grapevine Faith Christian
• Played in two games and totaled eight receptions for 300 yards and three scores and had four punts returns for 190 yards and two touchdowns before his season was cut short due to a knee injury
• Was a second-team all-state selection as a junior after totaling 542 yards receiving, 1,047 all-purpose yards and 10 touchdowns as a wide receiver and 34 tackles and one interception as a defensive back
• Earned an invitation to the Offense-Defense All-American Bowl in AT&T Stadium in 2021
• Reunites with high school teammate Deuce Hogan at Kentucky
• Chose UK over Houston, Texas Tech and TCU

Personal
• Born in Fort Worth, Texas
• Son of Scott and Shannon Terrell
• Two siblings, Jake and Jordan
• Father, Scott, was a receiver at Howard Payne University, while a cousin, Blaze Morehead, was a receiver at UTSA
• Major is kinesiology

Josh Says
• Nickname is “J-rel”
• One thing most people don’t know about him is that he is Hispanic
• Three words to describe him are small, creative, and effective
• Besides playing football, he’s also good at water sports
• The craziest thing he’s ever done is zipline and cliff jump in Mexico