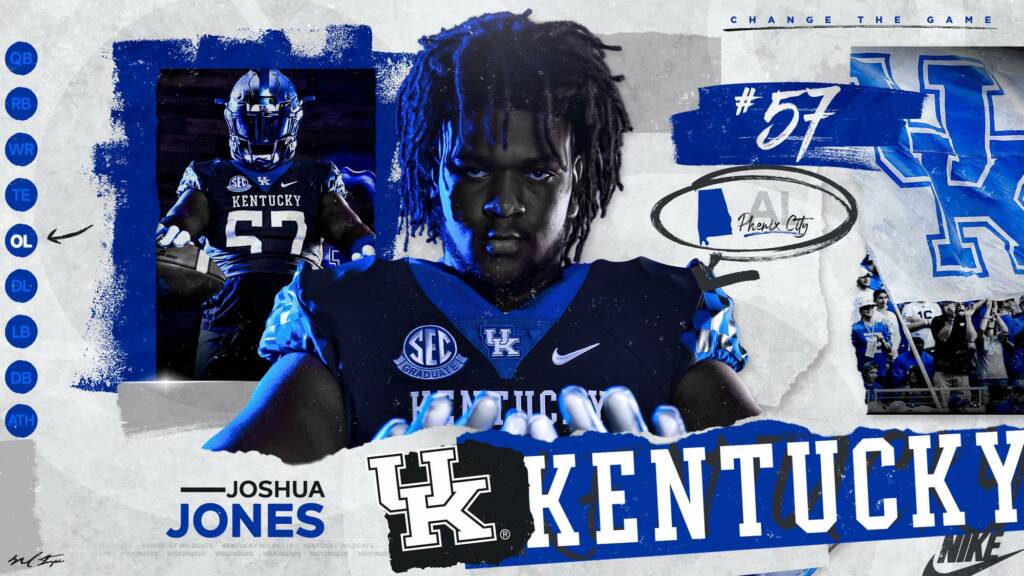 Three-star prospect by all three major recruiting services … Rated the No. 32 overall prospect in the state of Alabama for the Class of 2020 … Helped Central advance to the Alabama 7A state championship game this season and finish with a 12-2 record … Named to the 33rd annual Alabama-Mississippi All-Star Football Game roster … Was a first-team Class 7A All-State selection as a junior after grading out at 90 percent blocking with 36 pancakes … Led the Red Devils to a state title in 2018 after defeating Thompson in the Super Seven Championship game … Coached by Jamey DuBose … Had 14 Division I offers before choosing Kentucky over LSU, Florida State, Arkansas, Mississippi State, Ole Miss, Tennessee and others.