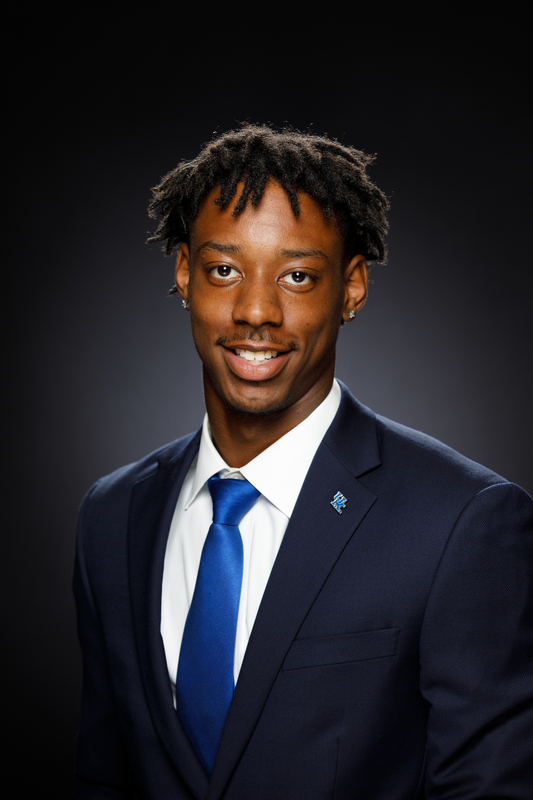 2021 – Freshman (Livingstone College)
• Started in all 10 games as a true freshman for Livingstone College, a Division II school located in Salisbury, N.C.
• Played his first full season as a defensive back, a position he moved to as a high school senior
• Recorded 26 tackles, two interceptions and six pass breakups for the Blue Bears
• Chose Kentucky over Appalachian State and Oregon State

Personal
• Born in Columbia, South Carolina
• Son of Daysha and Donnell Robinson
• Siblings are Logan and McKenzie
• Major is pre-communication

Jordan Says
• His nickname is “J-Rob”
• He chose Kentucky because of the opportunity to play in the SEC and he loved the city of Lexington
• One word to describe him on the fi eld is “fearless”
• Other than playing in the NFL, his dream job is to be a sports analyst
• One thing most people don’t know about him is that he can play the drums