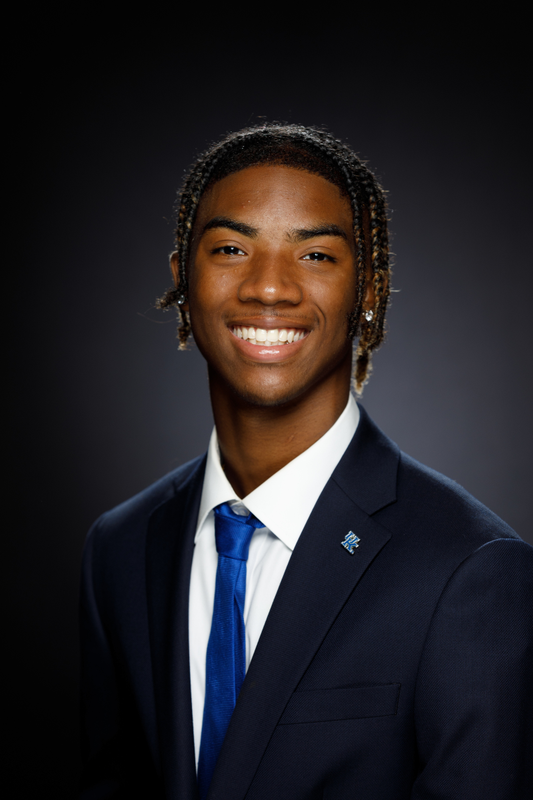 2022 (Freshman)
• Set to be a two-sport athlete at Kentucky in football and track & field
• Won the U-20 National Track 200-meter title with a personal-record 20.34 seconds, defeating a decorated fi eld of college sprinters at Hayward Field in Eugene, Oregon in June of 2022

High School
• A four-star recruit by on3.com, one of the top 75 wide receivers nationally and the No. 12 recruit in Mississippi
• A three-star recruit who ranks as the No. 15 prospect in the state of Mississippi according to the 247Sports and is the No. 44 “athlete” in the nation in the class of 2022
• Helped the Chiefs finish the regular season 10-0 as a senior and advance to the Mississippi High School Athletic Association 3A South Football Playoffs
• Totaled 27 receptions for 525 yards and 13 touchdowns as a senior
• Also played safety on defense and serving as the team’s primary punt returner
• Averaged 23.4 yards per reception and posted a 40 percent touchdown rate
• Coached by Eddie Waites
• On the track, the speedster was deemed the “fastest high schooler in the world” after finishing with a 10.14 in the 100- and 20.34 in the 200-meters at the U20 Championship in April of 2022
• Named to the 2021 Boys High School All-America Team, the first Mississippi winner since Calvin Smith in 1979, by Track & Field News
• Won the 100-meter dash with a  time of 10.21 seconds at The Outdoor Nationals Presented by Nike at the University of Oregon
• Runner-up in the 200 in 20.57 seconds the same day, just eight-hundredths of a second behind the winner
• Both times were high school records for the state of Mississippi
• Also won the Class 3A 100- and 200-meter dashes at the Mississippi high school state championships
• Named Gatorade Mississippi Track and Field Athlete of the Year in 2021 and 2022
• Other honors include Adidas Indoor National Champion, Nike Hayward Outdoor National Champion, Adidas Boost Boston Champion and 3A State Champion
• Signed with UK over Ole Miss, Memphis, Houston and Boston College

Jordan Says
• He chose Kentucky because of his relationship with the coaching staff
• In 10 years he hopes to be a professional football player and an Olympian
• What motivates him to work hard is everything he learned from his dad who has passed away in 2021
• Three words to describe him are fast, funny, and outgoing
• One thing he will never do again is run a 400-meter race