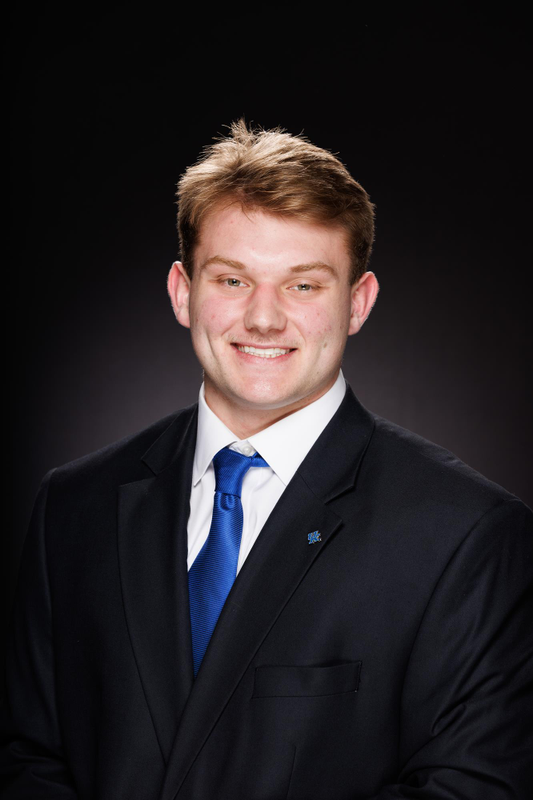 High School
• Four-year letter winner and starter at linebacker, safety, running back, fullback, and tight end for head coach Robbie Lucas at Somerset High School
• Had a team-high 121 tackles, 6.5 tackles for loss, one forced fumble, two recovered fumbles, and one interception on defense in 2019
• Offensively, charted 434 yards rushing on 55 carries with fi ve touchdowns, in addition to 10 catches for 169 yards
• Helped the Briar Jumpers win the 2019 District 4 championship, the Region 2 championship, and the Class 2A State championship
• Also won the 2018 District and Region championship
• Earned the 2019 Commonwealth Journal Defensive Player of the Year and was on the Lexington Herald-Leader’s “Best of the Bluegrass” team
• Twice named honorable mention on The Associated Press All-State team (2018, 2019)
• Three-time first-team All-Conference player (2017, 2018, 2019)
• Named the 2018 AA District 7 Player of the Year
• Also played baseball and basketball
• Earned a spot on the 2020 12th Region All-Tournament Team and 47th All-District Team as a center
• Excelled in the classroom as a member of the National Honor Society
• Was a Kentucky Governor’s Scholar, Rogers Scholar, and Rogers Explorer
• Chose Kentucky over Louisville, Centre, and Furman

Jase Says
• His nickname is “Bronko”
• He chose Kentucky because he was born in Kentucky and has been a Wildcat his whole life
• His dream job is to be a dermatologist
• The best advice he’s ever received is “don’t argue with ignorance”
• The three famous people he would invite to his fantasy dinner Adam Sandler, Jon Gruden, and Ronald Reagan