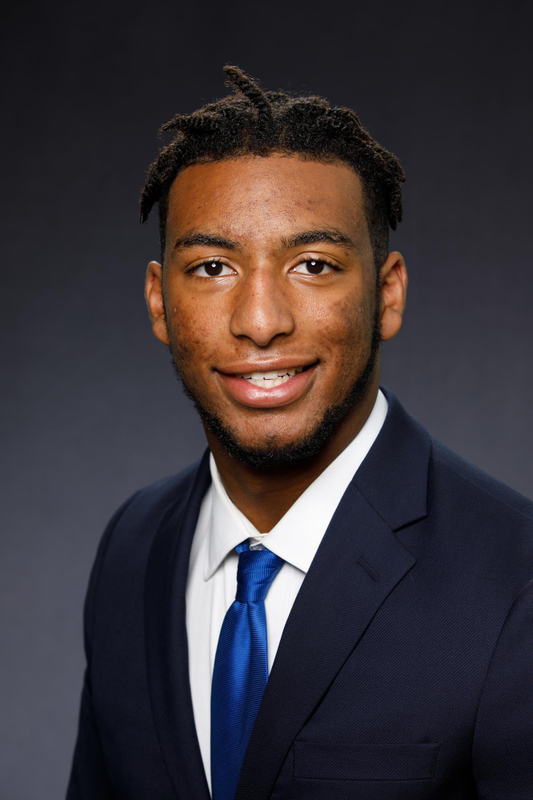 High School
• Two-year starter for head coach Chuck Spagnoli
• A two-way player who lined up at linebacker and tight end and was a member of all four special teams units
• Lake Forest’s 2020 season was postponed to the Spring of 2021 due to COVID-19 restrictions
• Voted a senior co-captain
• As a junior, helped Lake Forest finish 7-5 and reach the Class 6A state quarterfinals
• Earned All-North Suburban Conference honors as a junior
• Selected to play in the 2019 Illinois High School All-Star Shrine football game in Bloomington
• Also on the wrestling and rugby teams at LFHS
• Three-time All-State wrestler (2017, 2018, 2019)
• Chose Kentucky over Tennessee and Western Michigan

Personal
• Name is pronounced “Ji”
• Born in Lake Forest, Illinois
• Son of Joi Artis and James Williams
• Dad, James, also known as “Big Cat,” played 12 seasons (1991-2003), mostly as an offensive tackle, with the Chicago Bears and is known as one of the “100 Greatest Bears of All-Time”
• Has one younger sister, Jia
• Major is architecture

Jai Says
• He chose Kentucky because of its architecture program and top-Ɵ er football program
• Other than play in the NFL, his dream job is to be an architect
• Besides playing football, he’s also good at dodge ball and snowboarding
• If he could have dinner with three famous people, living or dead, he would choose Michael Jackson, Elvis Presley, and Bob Marley
• The best advice he’s ever received is “bet on yourself”