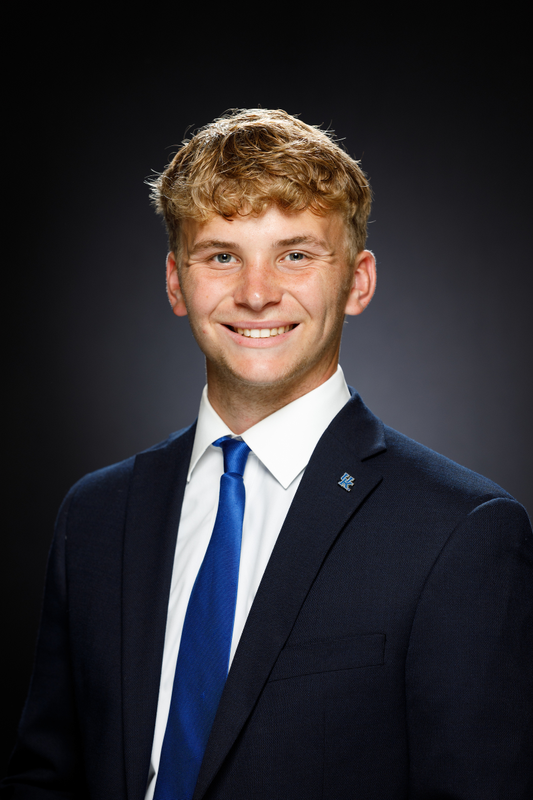 High School
• Ranked the top kicker/punter in the 2022 class by ProKicker.com
• A three-time National Specialist of the Year and three-Ɵ me All-American by Prokicker.com (2019, 2020 and 2021)
• Four-time All-Region selection
• A three-time first-team All-State choice by the Courier-Journal and Associated Press
• Picked to the Lexington Herald-Leader “Class of the Commonwealth” list of the top-25 seniors in Kentucky
• Named to the Kentucky Sports Radio 2021 All-State Football Team
• Helped lead Boyle County to an impressive 52-3 overall record in his four-year prep career, including back-to-back 4A state championship titles (2020 and 2021)
• Also helped the Rebels finish as the state runner-up in 2019 and as semifinalists in 2018
• Coached by Chuck Smith from 2018-19 and Justin Haddix in 2020-21
• As a senior, hit 72 of 78 PATs (four blocked), 7 of 9 field goals and had 68 touchbacks
• Punted 13 times for a 42.1 avg with 0 return yards
• Also played linebacker and totaled 36 tackles, six tackles for loss and one interception
• As a junior was on the track & fi eld team, participating in the long jump and the 4X200 relay
• An avid outdoorsman, he also was on the bass fishing team all four years
• First-Team All-State Academic Team in 2019
• Talked to others but never really considered any other school but Kentucky

Personal
• Born in Lexington, Kentucky
• Son of Andy and Laura Smith
• Has one sister, Ava
• Son of former Wildcat punter Andy Smith (1997-99), an All-SEC punter whose 42.7-yard average in 1999 was, at the Ɵ me, the third-best single-season mark in school history
• Major is undecided

Jackson Says
• His nickname is “J-Smitty”
• He chose Kentucky because it felt like home and because of the coaches and the support staff
• Besides playing football, he’s also good at hunting
• Three words to describe him are funny, athletic, and outdoorsman
• The best advice he’s ever received is “play the next play”