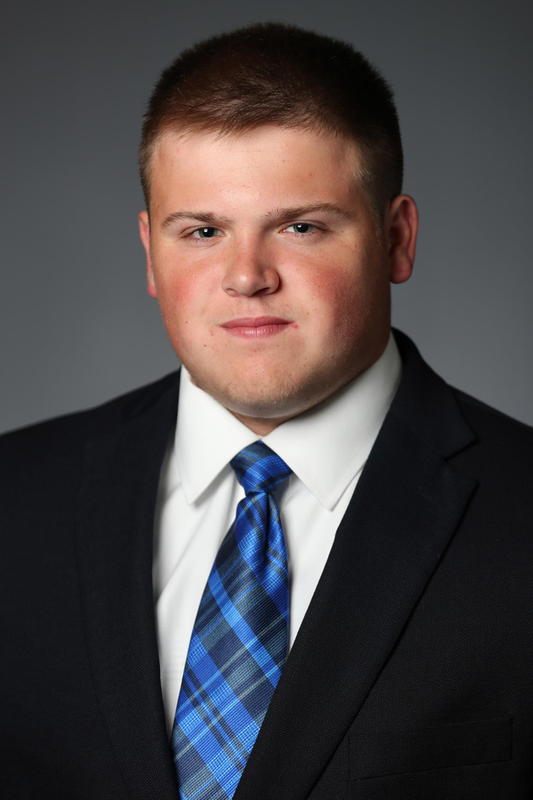 High School
• Played three different positions during his prep career, including offensive lineman as a freshman, fullback during his sophomore and junior seasons and defensive lineman as a senior
• Three-year letter winner and two-year starter for head coach Will Wolford and Kevin Wallace
• Helped lead the Tigers to three straight district championship titles
• Averaged 4.0 tackles per game as a senior
• Earned the Grey Horton Award for character as a senior at St. Xavier
• Also a two-year letter winner on the lacrosse team
• Excellent in the classroom, earning a spot on the Principal’s List as a senior … Also won the Optimist Essay Award
• Active in community service for St. Xavier, volunteering to give blood five times
• Chose UK over Centre College

Jack Says
• His nickname is “Meat”
• He chose Kentucky because it is his dream school and has a strong family tradition
• Besides playing football, he’s also enjoys golf, video games, horse racing and movies
• If he could create a holiday he would call it “Mandatory Beach Day”
• The person he admires most is his dad because of his work ethic and dedication to excellence in everything he does