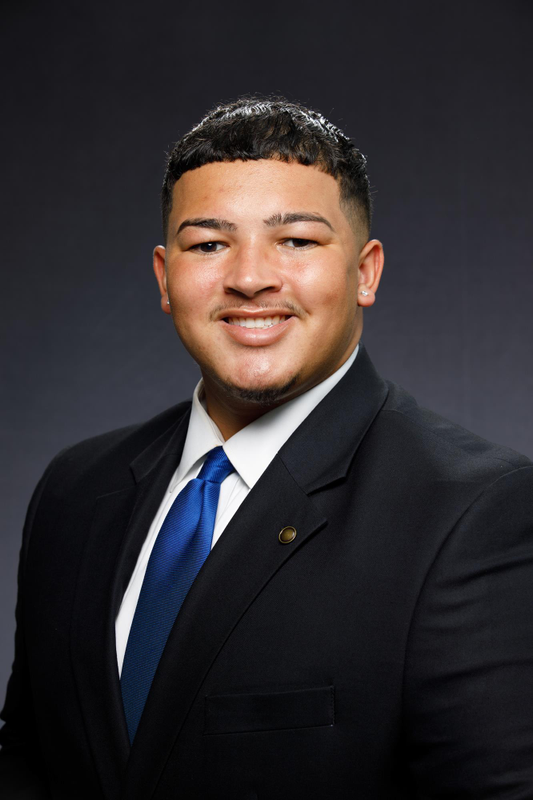 High School
• Three-year letter winner and two-year starter head coach Brent Thompson at North Hardin High School
• Helped lead the Trojans to a 13-1 overall record in 2019 and take the region and district championship before advancing to the KHSAA Class 6-A state semifinals
• Voted team captain and totaled 39 tackles, 5.0 sacks, two forced fumbles and two fumble recoveries as a senior
• Earned Select Preps Player of the Year and was a first-team All-Area selection on by The News-Enterprise
• Also a member of the baseball team
• An excellent student who earned a 4.0 grade point n excellent student who earned a 4.0 grade point average and was named named first-team All-Academic by KHSAA all four years of high school
• Selected as a 2018 University of Kentucky Rising elected as a 2018 University of Kentucky Rising Scholar
• Earned a certificate of nomination for the National Academy of Future Scientists and Technologists Award of Excellence
• Nominated for Congress of Future Science and Technology Leaders
• Active in community service, helping build house frames for the homeless and serving breakfast to senior citizens
• Member of the High School Ministry, the Pep Club ember of the High School Ministry, the Pep Club and DECA
• High school teammates with fellow Wildcats Darren Green and Oxtavious Oxendine
• Chose Kentucky over Western Kentucky, Kentucky Wesleyan, and Liberty

Personal
• Born in Burglengenfeld, Germany
• Son of Roderick and Tammy Beasley
• Has one brother, Alex
• Major is psychology

Isaiah Says
• His nickname is “Beaz”
• His dream job is to be a psychiatrist
• One thing people may not know about him is that he writes left-handed and throws right-handed
• His sports hero is Aaron Donald because he has proven that no matter your size as a defensive lineman, you can dominate and be successful
• One word to describe him is “consistent”