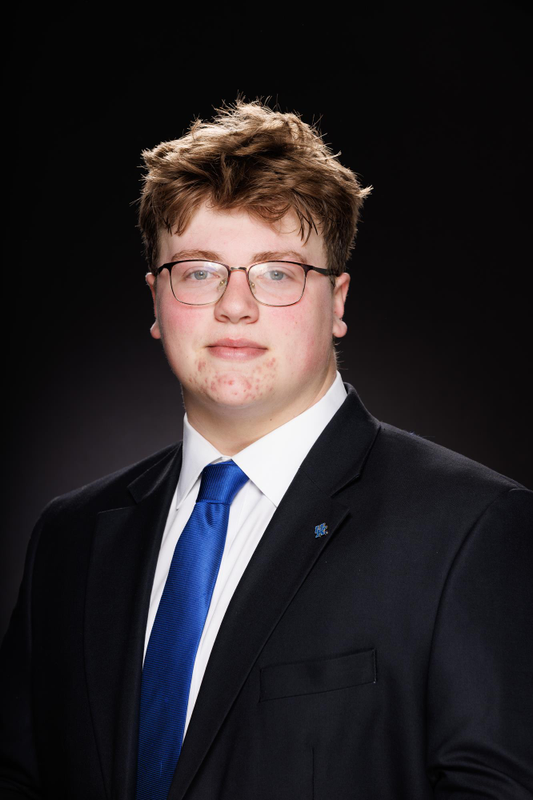 High School
• A four-star recruit, considered a top-300 college football prospect in the country
• Listed as the No. 3 overall recruit in the Commonwealth via 247Sports and on3.com
• Helped lead Johnson Central to a 51-5 overall record during his four-year prep career, learning under the tutelage of the late and beloved head coach Jim Matney, who passed away in October after complications due to COVID-19
• Named the 2021 4A District 8 Player of the Year after leading the Eagles to a runner-up finish in the 4A KHSAA state championship title race
• Helped JCHS rush for 4,564 yards during the 2021 season
• Named to the Lexington Herald-Leader “Class of the Commonwealth” list of the top seniors in Kentucky
• Kentucky Sports Radio 2021 All-State Football Team
• Member of Johnson Central’s 2019 Class 4A state championship team that went 15-0
• Earned Football University (FBU) Freshman All-America honors in 2018
• Also an excellent tennis player
• Along with doubles partner Brayden Pickle, the duo advanced to Johnson Central’s first regional team tennis championship match
• Member of the 2021 regional championship team
• Excelled in the classroom, carrying a 4.0 grade point average
• Received over 20 offers but ultimately chose UK over Notre Dame, Michigan and Miami

Personal
• Born in Frankfort, Kentucky
• Son of Robyn and Carl Bingham
• Has one brother, Ethan
• Major is pre-integrated strategic communication

Grant Says
• Other than play in the NFL, his dream job is to be a real estate fi rm CEO
• One thing most people don’t know about him is that he plays tennis
• Three words to describe him are caring, motivated, and hardworking
• The best advice he’s ever received is “eat or be eaten”
• If he could create a holiday he would celebrate milk and everyone would be required to drink at least one glass of milk. It would be called “MilkMas”