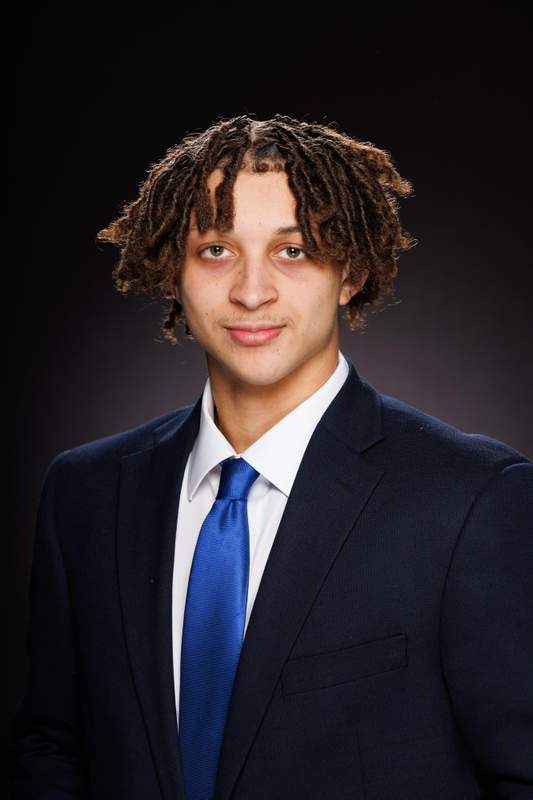 High School
• Has an intriguing story on his development into a Division I college prospect … Originally a senior wide receiver during the 2020 season, the shortened Covid season limited his opportunities and he decided to return in 2021 for a “super senior” year … Moved to cornerback in ‘21, and his length and speed put him into D-I prospect territory at the new position
• Consensus three-star prospect by ESPN, 247sports.com, and Rivals.com
• One of the top-10 prospects in Kentucky by all three services
• The No. 75 cornerback nationally by ESPN and No. 81 nationally as rated by 247sports
• Played at Pleasure Ridge Park High School in Class AAAAAA, the largest classification in Kentucky
• Chosen honorable mention for the Lexington Herald-Leader “Class of the Commonwealth” list of the top seniors in Kentucky
• Has a friendship with current UK cornerback Carrington Valentine, a factor which played in role in his selection of the Wildcats
• In addition to Kentucky, recruiting finalists were Utah and Purdue, with consideration to West Virginia, Louisville, and Illinois

Personal
• Born in Louisville, Kentucky
• Son of Brittney Webb and Demetrice Reed
• Has one sister, Kiley
• Major is pre-communication

Elijah Says
• His nickname is “Eli”
• He chose Kentucky because it was close to home, it felt right and the coaching staff develops its players
• One thing people might not know about him is that his favorite food is Hamburger Helper
• One word to describe him on the field is “passionate”
• His hidden talent is playing ping pong