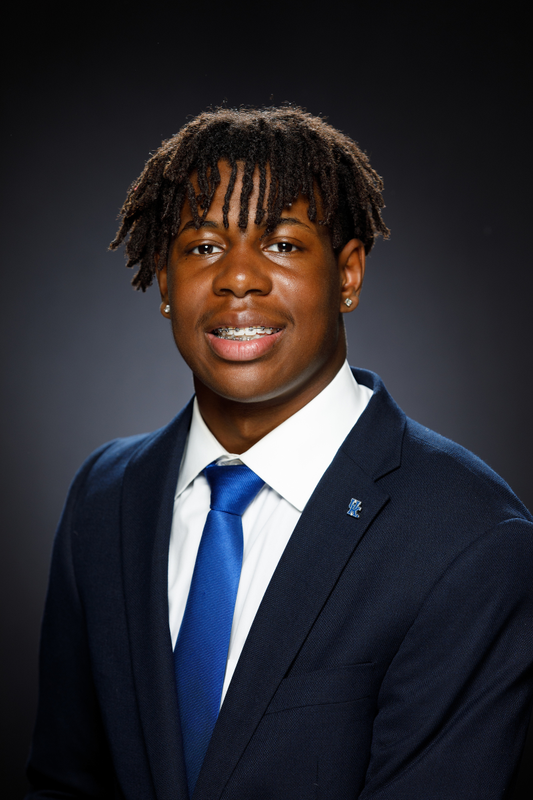 High School
• Two-year letter winner and one-year starter at North Gwinnett High School under head coach Bill Stewart
• As a starter at wide receiver his senior season, averaged 16.2 yards per reception and 49.9 yards per game, making 37 catches for 600 yards and five touchdowns through 12 games in 2021
• That same season, he was named to the All-County Team and the 8A All-Region Offensive First Team in football
• Was also a three-year varsity basketball player and two-year track athlete at North Gwinnett
• Named a 2022 8A All-Region First Team selection in basketball
• Aided in the North Gwinnett basketball team’s three straight regional championship titles and two straight Georgia High School Association (GHSA) Elite 8 appearances

Dylan Says
• One thing most people don’t know about him is he likes to watch anime
• He chose Kentucky because of the great campus
• One word to describe himself on the field is “tough”
• His sports hero is his dad because he’s a hard worker
• In just a few words, he would describe head coach Mark Stoops as “preyyy funny”