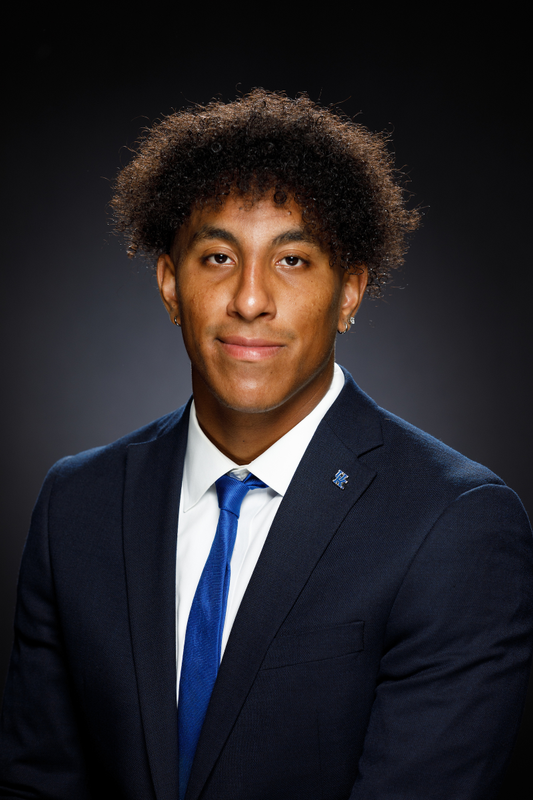 High School
• “Mr. Football” as a senior for Division I, Class 6A, the largest classification in Tennessee
• Four-star prospect as rated by Rivals.com, 247sports.com, on3.com and ESPN
• All four services listed him in the top 20 nationally in the “Athlete” category
• Began starting at quarterback during his freshman year, then was the full-time starter for three seasons
• Guided Summit High School to a three-year record of 40-5
• Team was state champion in Class 5A as junior (14- 1 record) and state runner-up twice, Class 5A as a sophomore (12-3) and Class 6A as a senior (14-1)
• As a senior, rushed for 2,308 yards and 30 touchdowns while throwing for 1,436 yards and 18 TDs
• Named Region 7-6A Most Valuable Player
• Finalist for Class 5A “Mr. Football” as a junior while being named to the all-state team by the Tennessee Sportswriters Association
• Coached by Brian Coleman
• Also a three-year letter winner as a guard on the basketball team
• Chose Kentucky over Tennessee, Louisville and Virginia

Personal
• Born in Nashville, Tennessee
• Son of Valerie and Steve Wade
• Has three brothers, Jalen, Cameron and Keaten
• Twin brother, Keaten, also is a freshman on the team
• Major is pre-marketing

Destin Says
• His nickname is “Dae”
• He chose Kentucky because of the family fit and he thought he could make an impact
• Besides playing football, he’s also enjoys working out, golfing, video games and family
• One word to describe him on the fi eld is “versatile”
• His favorite family recipe to make and eat is shrimp burgers