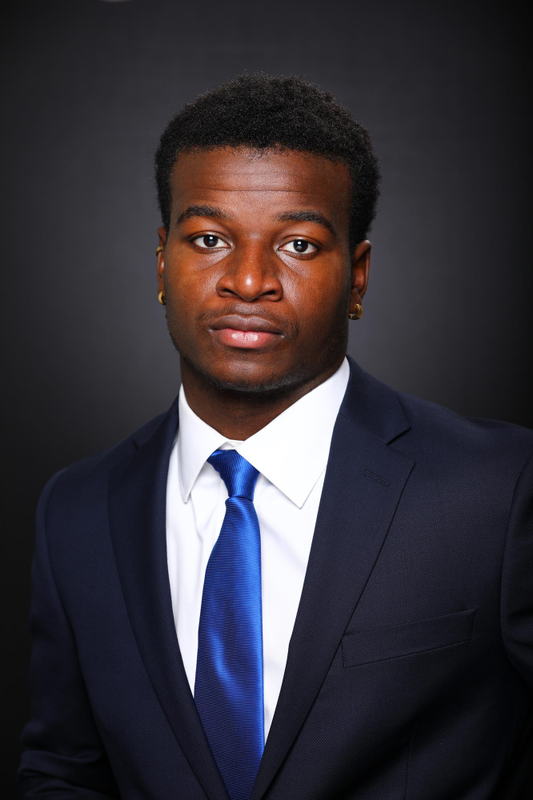 High School
• Three-star prospect who ranks as one of the nation’s top-100 receivers by ESPN and Rivals.com
• Rated as high as No. 48 in Georgia by Rivals
• Started every game in his four years at Lee County High School (58 straight), helping lead the Trojans to a 52-6 overall record with four straight 1-AAAAAA Region championship titles with three state championship appearances and two state titles
• Played wide receiver his first three seasons, switched to quarterback as a senior and guided his team to the state runner-up finish with a 12-2 record in 2020
• Named Athlete of the Year for Region 1-AAAAAA in 2020
• Earned All-State HM in 2020 as an athlete by the Atlanta Journal Constitution in Class 6A
• Threw for 938 yards with 12 touchdowns and only three interceptions in 2020, while rushing for 643
yards on 120 carries and six TDs
• Named a Sports Illustrated All-America nominee
• Spent some time at receiver, with 11 catches for 141 yards and two TDs
• First-team all-state as a sophomore, junior and senior by the Georgia Coaches Association
• Caught 53 passes for 700 yards and 10 TDs as a junior
• Sophomore season featured 68 catches for 958 yards and seven TDs in helping the Trojans win their second straight state title
• Team won state championship as a freshman when he had 33 receptions for 388 yards
• Played for head coach Dean Fabrizio
• Narrowed his choices to Arkansas, Florida State, Louisville, Nebraska and South Carolina before picking Kentucky

Chauncey Says
• Other than play in the NFL, his dream job is to be an engineer
• He chose Kentucky because he saw a better future
• If he could only eat three foods for the rest of his life he would choose burgers, hibachi grill food, and chicken
• One word to describe him on the fi eld is “versatile”
• The best advice he’s ever received is “never look back”