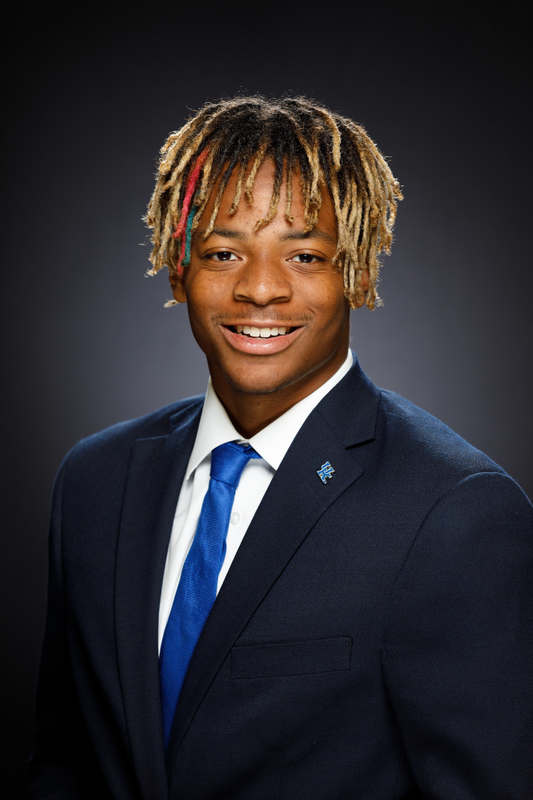 2021 – Sophomore
• Has played in 23 career games with 13 starting assignments
• Started in 12 of 13 games played in 2021
• Dean’ List (Fall 2021)
• Named to SEC Fall Academic Honor Roll
• Ranked fourth on the team with 61 tackles … Also has 1.0 sacks, 1.5 tackles for loss, five pass breakups (Ɵ ed for third on the team) and a QBH
• Had the second-most tackles on the team in the win at Louisville with seven
• Had eight tackles and a tackle for loss in the win over No. 10/9 Florida
• Made four tackles, including a seven-yard quarterback sack that forced a punt in the road win at South Carolina … Marked the first sack of his career
• Totaled a career-high 11 tackles vs. UTC

2020 – Freshman
• Saw action in 10 games with one starting assignment vs. NC State in the TaxSlayer Gator Bowl
• Totaled 10 tackles, a PBU and a forced fumble
• Made a career-best six tackles and caused a fumble in the win over NC State
• Got his first career PBU in the win at Tennessee and his first tackle in the win over Vanderbilt
• Dean’s List (Fall 2020)
• 2020-21 First-Year SEC Academic Honor Roll

High School
• One of nation’s top-100 cornerbacks as rated by Rivals.com, 247sports.com and ESPN
• Rated as high as No. 23 in the state of Ohio by Rivals
• A versatile athlete, he began his career as a wide receiver before moving to cornerback as a junior
• Named first-team All-Southwest Ohio as a senior by area coaches
• Made 32 tackles, had five pass breakups and blocked two kicks
• Speed showed on his kickoff returns, averaging 31.7 per runback, including two for touchdowns
• Played at Moeller High School for Coach Todd Naumann, John Rodenberg, and Doug Rosfeld
• Also an outstanding basketball player, winning a state championship in 2019
• Fielded many offers, narrowing his choices to Kentucky, Michigan State and Pittsburgh before tabbing the Wildcats

Carrington Says
• His nickname is “Carri”
• He chose Kentucky because he wanted to be developed
• One thing most people don’t know about him is before coming to UK, he only played the defensive back position for one year
• The person he admires the most is his mom because she pushes him to reach his goals
• Three words to describe him are athlete, respectful, and funny