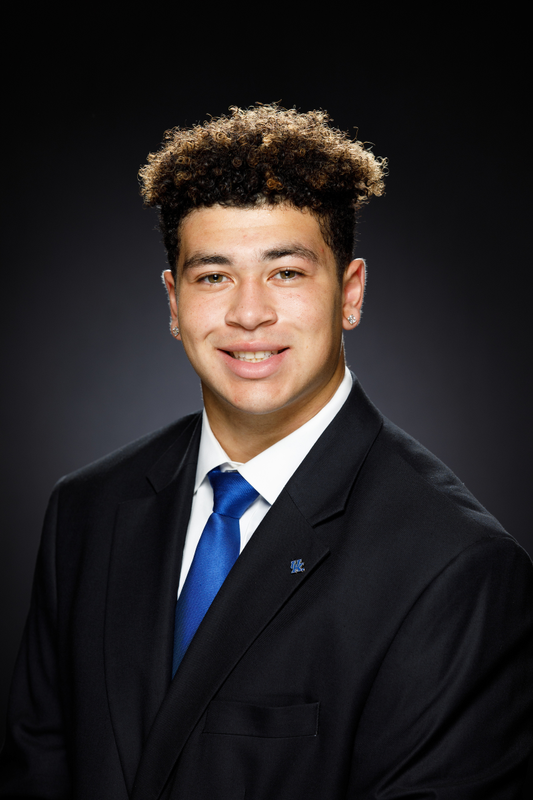 High School
• Arrives at Kentucky from Ironton (Ohio) High School, where he was a two-year letter winner as a linebacker
• Coached by Trevon Pendleton
• Helped guide Ironton to a 22-3 record during his two seasons and state runner up in 2020-21
• Was named Defensive co-Player of the Year and First-Team All-State after tallying 117 tackles with four forced fumbles, one fumble recovery and one INT
• Also competed in the shot put one season
• Before transferring to Ironton, played his sophomore season, 2019, at Mize High School in Mize, Mississippi … Totaled 54 tackles at defensive end
• Picked UK over Marshall and West Virginia

Angelo Says
• Nickname is “Lo”
• He chose Kentucky because it felt like home
• He would take water, a bed and a spear with him if were stuck on a desert island
• What motivates him to work hard is to prove the doubters wrong
• One thing he will never do again is stay up for 24 hours straight