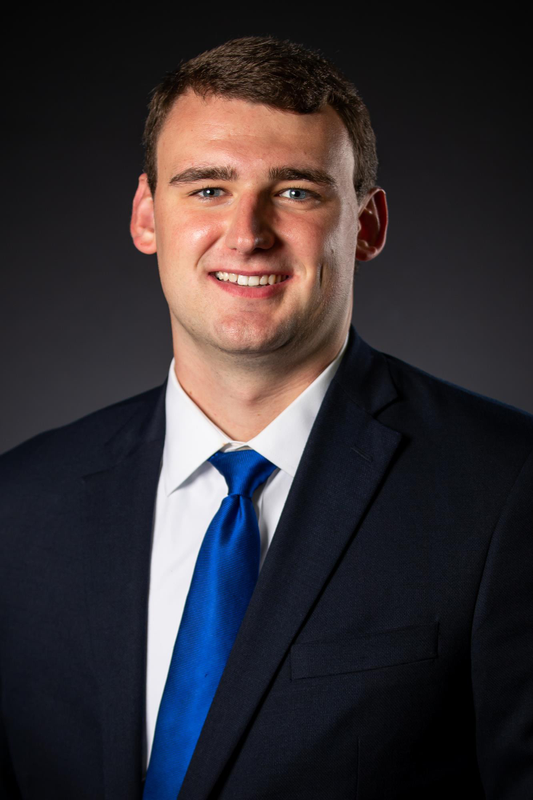 High School
• Three-year letter winner for head coach Kevin Wallace
• Started at defensive end and helped lead the Tigers to 9-4 record as a senior, totaling 54 tackles and 7.0 sacks
• Named All-District as a senior
• Helped St. Xavier go 12-3 and finish as state runner up in 2017
• Also a two-year letter winner as a forward on thebasketball team
• Member of the National Honor Society and was named to the President’s List for excelling in the classroom
• Chose Kentucky over Butler, Jacksonville, and Louisville

Personal
• Born in Louisville, Kentucky
• Son of Theresa and Rich Bascom
• Has a twin brother, Richard, also on the team
• Double majoring in finance and management

Alex Says
• He chose Kentucky because he’s been a fan his whole life and he liked the coaching staff
• After his football career, he would like to be a financial advisor
• Three words to describe him are respectable, reliable, and funny
• The best advice he’s ever received is “always remember, things get better”
• The person he admires the most is his grandpa because he’s always been able to make him laugh