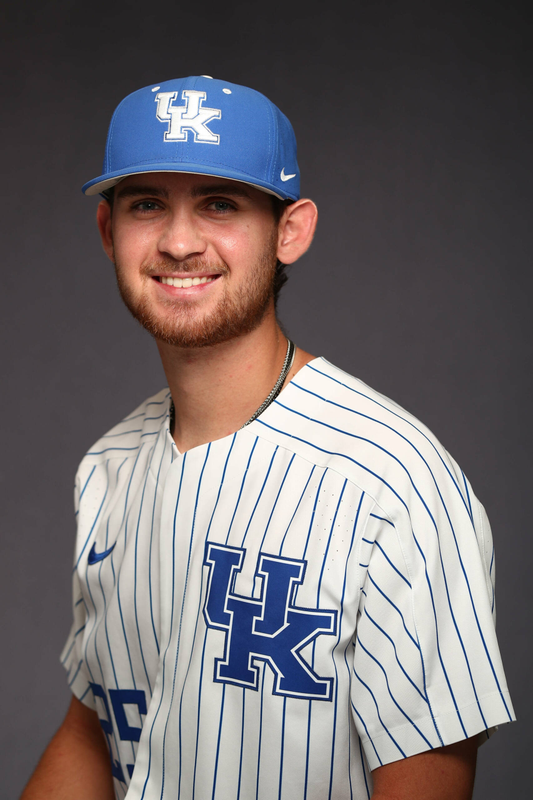 Spent a few weeks with Hyannis of the Cape Cod League before moving on to the Upper Valley Nighthawks of the New England Collegiate Baseball League for the bulk of the summer…Had a 1.68 earned run average in 16.0 innings over five appearances…Had a WHIP of 1.00 and did not allow an earned run over his first 12 innings…Opponents hit .172.

Appeared in 14 games, starting eight…Posted a 1-4 record with an 8.21 ERA…Struck out 44 in 34.0 innings…Right-handed hitters batted just .225 against him…Averaged 11.65 strikeouts per nine innings pitched…For his career his rate is 12.75/9….Was nearly unhittable in first three starts, allowing 13 hits and five earned runs in 18 innings, an ERA of 2.50…Allowed just two hits and one run with eight strikeouts on March 8 vs. Murray State.

2021 SUMMER
Pitched for the Waynesboro Generals of the Valley Baseball League…Was outstanding on the bump, going 1-1 with a 1.39 ERA in 19.1 innings over six appearances (four starts)…Allowed just 11 hits and three runs…Struck out 23 and walked only three with all of those free passes in his final outing…Recorded one save…Pitched to a miniscule 0.72 WHIP and opponents batted just .162.

2021
Appeared in 12 games out of the bullpen…Went 1-0 with a 6.43 ERA in 14.0 innings…Allowed 14 hits and walked 12 but showed tremendous swing and miss stuff with 24 strikeouts, good for a 15.4 strikeouts-per-nine innings rate…Made career debut on Feb. 26 vs. Milwaukee, working 3.0 scoreless innings…Struck out six in 3.0 innings vs. Ball State on Mar. 6, allowing one hit and no runs…Struck out three or more hitting in five of 12 outings.

HIGH SCHOOL
Paired with fellow Kentucky newcomer Austin Strickland to lead Archbishop Moeller to Cincinnati Greater Catholic League championships in 2018 and 2019…Was ranked the No. 3 pitcher and No. 7 player overall in Ohio by Perfect Game…Prep Baseball Report ranked him the No. 5 overall player in Ohio and a top 500 player nationally…In 2020, was a preseason First-Team All-State and Elite 25 Ohio (Prep Baseball Report) member…Played summer baseball with the renowned Midland Redskins program.

PERSONAL
Full name is Seth Michael Logue…Hometown is Mason, Ohio…Son of Russ and Jennifer…Brother, Zach, pitched at Kentucky from 2015-17 and was a member of the 2017 Super Regional team as a weekend starter…Zach also was named the 2017 SEC Scholar-Athlete of the Year before being drafted by the Toronto Blue Jays…Was an academic All-American and All-Ohio honoree in 2020…Worked with Little Buddies and Night for the Fight community service programs.