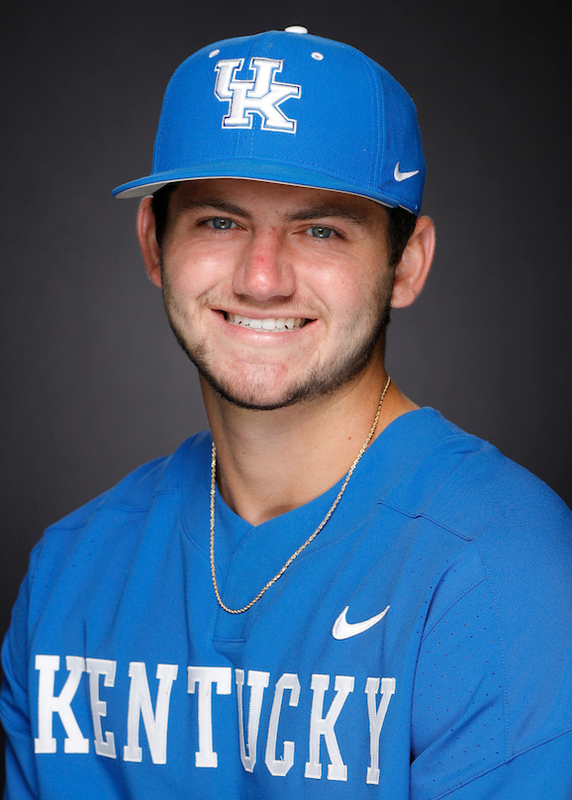 2021 SUMMER
Played for the Frederick Keys of the MLB Draft League…Saw action in 21 games with 78 at-bats…Led the league in home runs with nine, a rate of one bomb every 8.7 at-bats…Finished in the top 10 in RBI with 25…Slugged a ridiculous .628 and as part of a .980 OPS…Scored 20 runs and added a pair of doubles.

2021
Played in 23 games, starting 17…Batted .209 in 67 at-bats with six runs, 14 hits, one double, four home runs, 12 RBI, seven walks and a stolen base…Slugged .403 for the season…Performed much better against the stiffest competition, batting .262 with three home runs, nine RBI and an .823 OPS during SEC play (42 at-bats)…Homered twice at No. 4 Tennessee, delivering moonshots in back-to-back games…Went 2-for-4 with a run, a career-high three RBI, a double, a home run and a walk vs. Bellarmine on Apr. 13…Had three multi-hit efforts in the span of four games beginning with that Bellarmine performance and carrying over to series at No. 20 Georgia…Hit a two-run home run in the ninth inning of UK’s comeback win at No. 2 Vanderbilt in the regular season finale…Started games at third base and designated hitter while also appearing at first base and second base.

2020 SUMMER
Played in the College Summer League at Grand Park…Helped push the Turf Monsters to the postseason tournament championship…In the semifinal, hit a game-tying two-run home run to extend the contest to extra innings…Had two hits, including a double, and drove in a run in the title game…In the playoffs, went 5-of-11 with two runs, six RBI, two doubles, a home run and three walks…Overall, batted .258 with six runs, four extra-base hits, eight RBI and an .862 OPS.

JUNIOR COLLEGE (2020)
Played for Wabash Valley (Ill.) Community College…Had a team-high 62 at-bats in 19 games…Batted .339 with 17 runs, four doubles, a triple, a home run and 23 RBI…Walked 12 times and struck out 14…Stole five bases in as many attempts…Posted a .952 OPS and was hit by three pitches…Slugged .484…Was ranked the No. 43 junior college player by Prep Baseball Report…Earned 2019 Fall President’s Academic Honor Award.

2019 SUMMER
Played for the Wilmington Sharks of the Coastal Plain League…Named a CPL All-Star…Batted .313 in 96 at-bats, scoring 20 runs and driving in 21…Had nine doubles, seven home runs and nine stolen bases…Slugged .625 as part of a 1.108 OPS…Had seven multi-hit games, including a four-hit effort with three doubles and a home run.

WICHITA STATE (2019)
Signed with Wichita State out of high school and spent one season with the Shockers…Appeared in 18 games with 10 starts…Batted .209 in 43 at-bats with seven runs, a double, five RBI, a stolen base and a hit by pitch…Had hits in four of his final six games…Drove in a career-best two runs at Connecticut…Made the Athletic Director’s Honor Roll.

HIGH SCHOOL
Starred at Andrew High School in Illinois…Was a four-year letterwinner…Earned all-state, all-area and all-conference as a senior after batting .430 with seven home runs, 40 runs and 35 RBI…Ranked the No. 9 player in Illinois in 2018 by Prep Baseball report…Was ranked the No. 18 overall player in the state of Illinois in 2018 and a Top 500 recruit overall…Team won the regional championship in 2018.