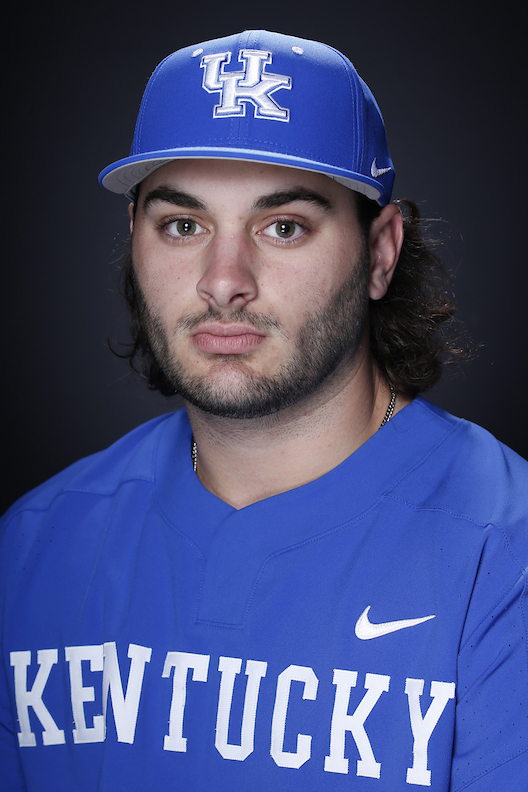 2019 OUTLOOK
Former prep outfielder who is new to the mound…Raw but very skilled and talented, which showed in him being selected in the Major League Baseball Draft…Exceptional arm strength with impressive sink to his fastball…Competitive kid whose best days are ahead of him as he learns the nuances of pitching.

HIGH SCHOOL
Ranked the No. 79 right-handed pitcher in the country by Perfect Game and the No. 215 player overall…Ranked the No. 142 right-handed pitcher in the country by Prep Baseball Report and the No. 352 player overall…2018 Rawlings-Perfect Game Honorable Mention All-American…2018 Northeast All-Region First-Team…Didn’t start pitching until his junior season in high school…Has spent his entire baseball life as a switch-hitting outfielder…Played for coach Brett Young at Paul VI Catholic (NJ) High School…Was a three-year letterman who also played football…Team won the 2015 state football championship…2018 honors include First-Team All-Conference, All-South Jersey team, Carpenter Cup selection and NJSCA Senior All-Star, all as a pitcher…Also named Carpenter Cup selection and First-Team All-Conference as an outfielder…2017 East Coast Pro and Area Code Game selection.

PERSONAL
Full name is William Nicholas Gambino…Hometown is Haddon Township, Pa. … Born in Philadelphia…Son of Mike and Kelly…Has an older brother, Alex…Drafted by the Seattle Mariners in the 35th round of the 2018 MLB Draft… Perfect Game selected him as a Top 150 Impact Freshman entering the 2019 season… Favorite MLB team is the Philadelphia Phillies and favorite player is Chase Utley…Favorite baseball movie is Moneyball…Favorite saying is “Non Ducor, Duco”, which means “I am not led, I lead.”