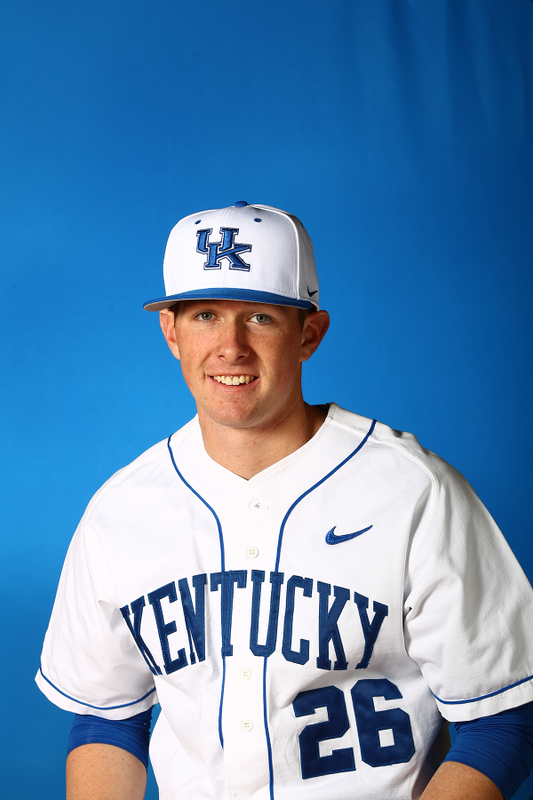 Appeared in 12 games with the DeLand Suns of the Florida Collegiate League…Raked during his short stint with the team, hitting .419 with a double, nine runs scored, six runs batted in, six walks and a stolen base in only 31 at bats.

Appeared in 23 games with 11 starts…Was extremely versatile player, starting games at designated hitter (4), third base (3), second base (3) and right field (1)…Batted No. 6, 7 or 8 in all 11of his starts…Batted .233 with seven runs scored, one double, one home run and one RBI…Smacked his first career home run against USC Upstate on 3/12…Went 3-of-4 with a stolen base against Arkansas on 4/22…Served as the Wildcats’ first base coach five times, all in the first 10 games of the season…Did not make an error in the field.

Played in three games as a reserve … Was called on to pinch hit in the season opener for his collegiate debut vs. Ball State … Also pinch hit vs. Nebraska-Omaha and Murray State … Played first base defensively in relief vs. Murray State.

Full name is John Tyler Marshall … Born in Louisville, Ky. … Son of John and Lynne Marshall, who both attended Kentucky … Has a younger brother, Brett, who is a freshman pitcher for the Wildcats … Major is Communications…Father played for the Phillies organization in 1988-89, playing in the Appalachian League, the South Atlantic League and the Florida State League … Played in 128 minor league games, with a .266 average (115-for-465) with 14 doubles, one triple, 11 homers and 62 RBI…Favorite MLB team is the Boston Red Sox…Has worn No. 3 since childhood, when his friends wore No. 4 and No. 5.