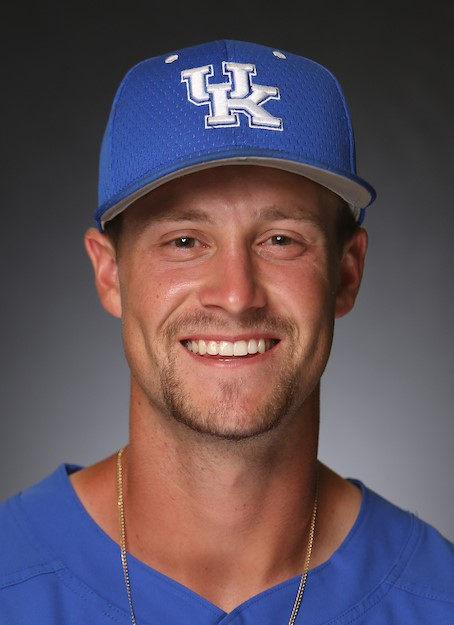 Outlook
Legitimate power, especially for a middle infielder…All-around player with well above average athleticism…Premier defender at shortstop with strong arm that can make throws from all angles…Above average runner…Has skill set for the short game and to drive ball out of yard… Quarterback of the infield…Has tremendous leadership qualities that you look for in shortstop…Should give Cats a steady presence at shortstop…SEC experience.

Junior College (Chipola College)
In 2017, played in 59 games for Division I NJCAA national champions and Gulf District champs…Named Defensive Player of the NJCAA World Series in 2017…Honored as Panhandle Conference Defensive Player of the Year (2017)…Hit .276 (48-174) with a .418 on-base percentage and .489 slugging percentage…Scored 50 runs with four doubles, three triples, nine home runs and 38 RBI…Walked 37 times and struck out 51 strikeouts…Stole four bases…Rated No. 33 JUCO prospect by Perfect Game…Played for Jeff Johnson.

2016 (LSU)
Began his collegiate career at LSU…Appeared in 27 games with four starts for the Tigers…Was the Opening Day shortstop…Made two starts each at shortstop and third base…Tigers were 4-0 in the games he started…Had a career game against Grambling State on 4/13, going 2-for-4 with a run, RBI and walk…Served as the Tigers’ primary defensive replacement for the infield.

HIGH SCHOOL
In 2015, was named First-Team All-State and Kanawa Valley Player of the Year as a senior…Batted .425 with 20 steals and a .557 on-base percentage…Four-year starter, playing in 126 games with 134 runs scores, 89 RBI and 43 steals…Hurricane HS won the 2014 state baseball championship…Still owns the Hurricane HS school record with 1,506 career points in basketball…Played for Brian Sutphin.

PERSONAL
Full name is John Edward Dawson III…Born in Charleston, W.Va. …Son of John Dawson II and Jennifer Dawson…Has two younger sisters, Maddie and Emma…Both parents played tennis at the University of Charleston… Was drafted by the Detroit Tigers in the 32nd round of the 2015 MLB Draft…Member of the “A” Honor Roll at Hurricane HS…Volunteered with the Special Olympics, children’s hospital and umpired Little League games…Picked UK because of the family atmosphere of the program and didn’t want to pass on UK for a second time…Major is Management.