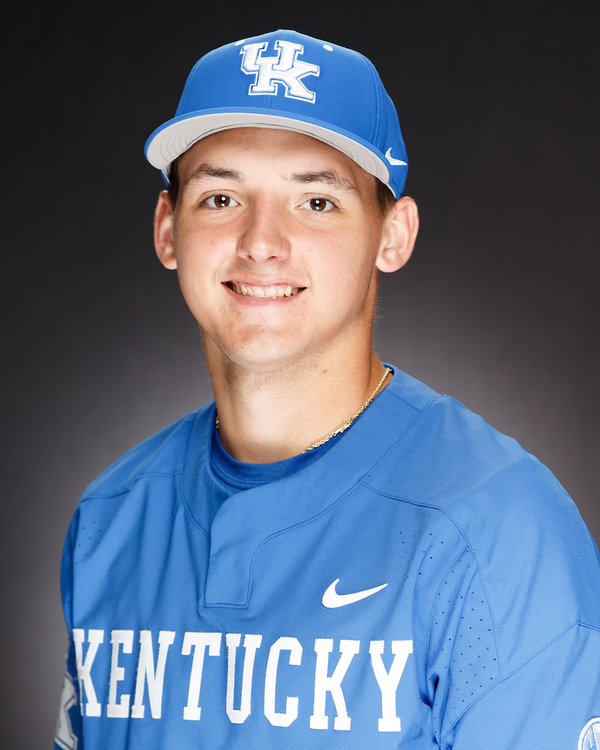 Appeared in 19 games with a 6.14 earned run average and 1-0 record in 22.0 innings…Made collegiate debut on Feb. 25 vs. Western Michigan, pitching a scoreless inning with two strikeouts…Earned the win vs. Evansville after pitching 2.1 innings of scoreless relief…Had three strikeouts vs. Eastern Kentucky…Had a 3.86 ERA in non-conference games.

HIGH SCHOOL
Ranked by Prep Baseball Report as the No. 7 overall player in Kentucky and No. 6 right-handed pitcher…Perfect Game ranked him No. 10 overall in the Commonwealth and No. 8 righty…Named First-Team All-State by the Kentucky High School Athletics Association after going 7-1 on the mound with a 1.78 earned run average and 96 strikeouts in 51.0 innings…At the plate, batted .410 with 43 hits, 41 RBI, 32 runs and two home runs…Named to the Senior East/West All-Star Team by the Kentucky High School Baseball Coaches Association…A 2021 Preseason Central All-Region honoree by Perfect Game…Three-time all-state and all-region honoree…Participated in the Futures Games and East Coast Pro.