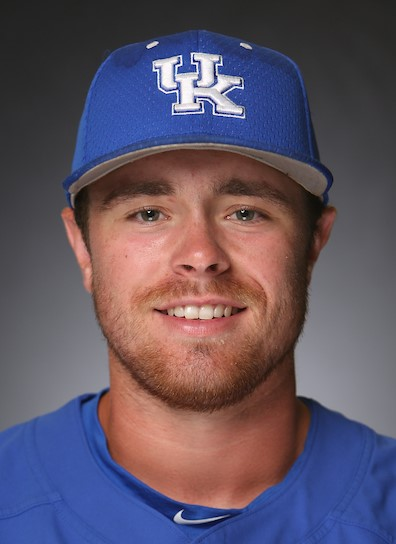 OUTLOOK
Will return to second base this season after spending the 2017 season at third base…Switch-hitter who can stay in the lineup regardless of opposing pitcher…Called a “professional hitter” by the coaching staff… Three-year experienced player that has makeup and tools to be All-SEC player and win a championship…Tremendous eye and patience at the plate…Seems as though he works every count full…Knack for coming up with timely hits.

2017 SUMMER
Played in 46 games for the Willmar Stingers of the Northwoods League, his second consecutive summer with the club…Reached base in all 46 games…Hit .258 with three doubles, four triples, five home runs and 28 RBI…Scored 40 runs and stole four bases…Walked nearly twice as many times as he struck out (49:25)… Had a double in the Stingers’ playoff game…Led the team in walks and was third in runs.

2017
Appeared in 61 games with 44 starts…All of his starts came either at third base or as the designated hitter…Hit .287 with nine doubles, seven home runs, 48 runs and 46 RBI…Drew 37 walks against 42 strikeouts and was hit by four pitches…Had an OPS of .889 and stole seven bases…Produced a career-high eight RBI vs. Miami (Ohio) on 3/9…The eight RBI were most for a UK player since Ryan Wilkes in 2008…Crushed two home runs in a game twice, including LSU (4/21) and South Carolina (4/28)…Hit a grand slam as part of a five-RBI game vs. LSU on 4/21…His two-homer game at South Carolina came off the bench…Had a stretch of 15 games from 2/28 – 3/24 where he reached base safely…Had 14 multi-hit games.

2016 SUMMER
Played in 48 games with the Willmar Stingers of the Northwoods League, batting .304….Added eight doubles, one triple and two home runs with 28 runs batted in, walked 30 times and stole four bases…Team made the Northwoods playoffs….Appeared in the league’s MLB Dreams Game.

2016
Appeared in 52 games on the season with 47 starts…All of his starts came at second base…Batted .241 in 170 at bats with 29 runs scored, 10 doubles, one home run and 12 RBI…Was 4-of-6 on stolen base attempts…Batted in seven different spots in the batting order, including 22 times as the No. 6 hitter…Only spots he didn’t hit in were the leadoff and No. 3 holes…Had a career-high three hits against Buffalo on 3/4 … Scored a career-high three runs at Georgia on 3/20…Had 13 multi-hit games and 15 two-strike hits…Rapped out seven hits in his first four games…Saved some of his best performances for Louisville, going 4-of-7 with three runs scored in those two games.

JUNIOR COLLEGE
Coached by Travis Hergert at North Iowa Community College…Led team to regional and super regional championships in 2015 … Hit .364 with 17 doubles, 12 home runs and 63 RBI …Was a first-team all-NJCAA Region XI selection … Had a four-hit game and a two-homer game during his season, collecting 79 hits and 62 runs.

HIGH SCHOOL
Earned three letters in baseball for coach Todd Sukalski, also playing football and basketball for four seasons … As a senior in 2014, team finished as the state 2A runner-up … Finished in third place in the state after a district championship season in 2012 … Hit 10 homers in 27 games as a senior … As a junior, hit .470 with a homer and 18 RBI in 25 games … Hit .292 as a sophomore with 13 RBI in 29 games, after hitting .457 with a homer and 25 RBI in 26 games as a freshman … On the mound, had a 2.23 ERA and a 3-0 record as a junior with three complete games … In his pitching career, had a 9-1 record and a 2.07 ERA in 17 games and 14 starts, tossing seven complete games with three shutouts and one save over 88 innings with 69 strikeouts and 23 walks … In football, team won district championship twice and was the 3A runner-up as a sophomore … In basketball, led team to a district championship and a third-place state finish.

PERSONAL
Full name is Luke Allen Becker … Son of Lonny and Lynn … Born in Fairmont, Minn. … Has two brothers, Levi (22) and Lance (16), and sisters Leanna (25) and Larissa (18)…Major is Agricultural Economics…Favorite MLB team is the Minnesota Twins…Active in Fellowship of Christian Athletes.