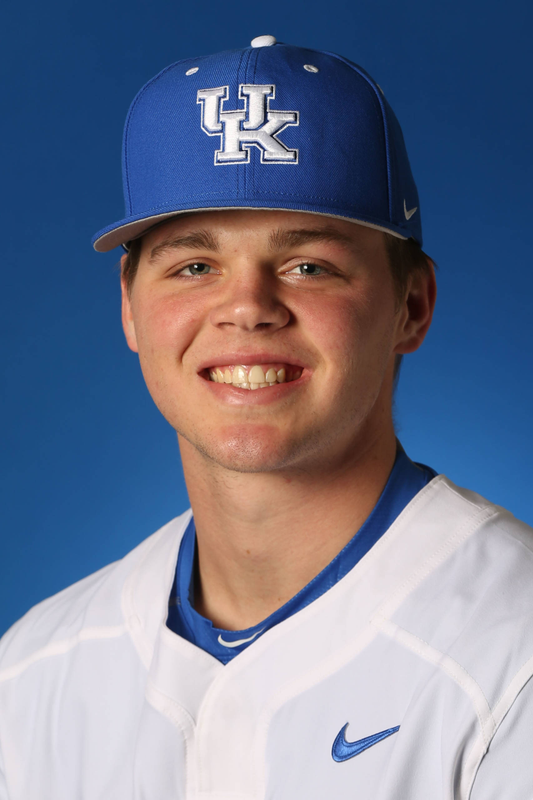 Freshman right-hander has shown a firm fastball with heavy
sink … Has made great progress with a slider that is developing into a
swing-and-miss pitch … Could have an immediate impact on the UK bullpen.

Coached by Tom Saunches at Argenta-Oreana High School,
earning four letters … Led team to the a third-place finish in the state 1A
playoffs as a junior … Hit No. 3 in the order and played on the left side of
the infield when he wasn’t on the mound … During junior season, went 11-1 with
132 strikeouts in 74 innings, walking just 26 and allowing only 30 hits … Hit
.489 as a junior for a team that went 24-6 … Tied the Class 1A Tournament
record with 11 strikeouts in the championship game, carrying a no-hitter into
the seventh inning … As a sophomore, struck out 101 in 64 innings, owning a
0.54 ERA to earn All-Macon County Player of the Year honors … Earned four
letters in basketball.