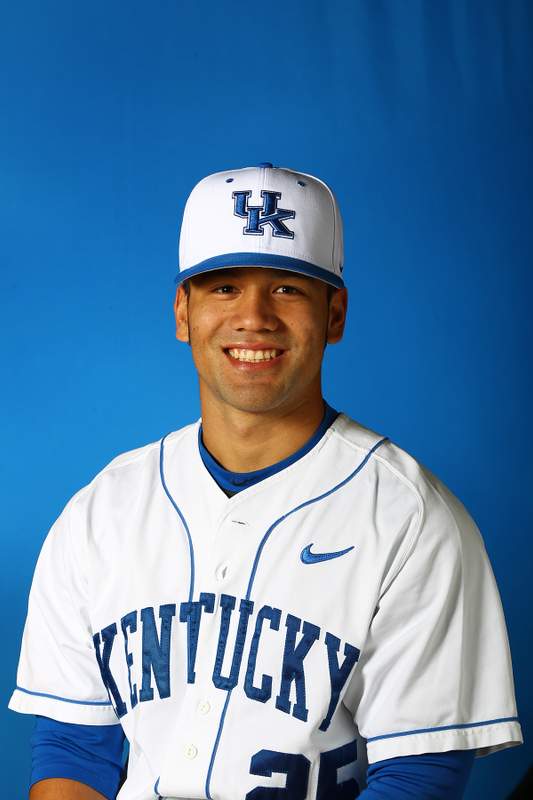 Outlook
One of the top performers in college baseball, earned first-team All-SEC honors in his debut season, narrowly missing the batting crown for SEC league games with a .373 mark … A hitting machine that sprays line drives to all fields and has surprising pop for a 5-foot-8 left-handed hitter … Has great speed and an ability to be an above-average defensive outfielder … Owns an accurate arm and has yet to make an error in his collegiate career … Before joining UK, put up monster numbers at Fort Scott Junior College, batting .387 with 11 homers and 57 RBI in 2013 … The first Hawaiian born player in UK baseball history … Attended the same high school as Oregon’s 2014 Heisman winning quarterback Marcus Mariota.

Summer
Played in four games with the Wisconsin Woodchucks in the Northwoods League … Hit .417 (5-for-12) with five runs, one double, one RBI and one steal.

High School
Played high school ball for coach George Gusman at Saint Louis High School … Three-time all-state selection … Won back to back conference championships as a sophomore and junior … Honored as a scholar athlete his freshman and senior years … Won a state championship in football as a junior.