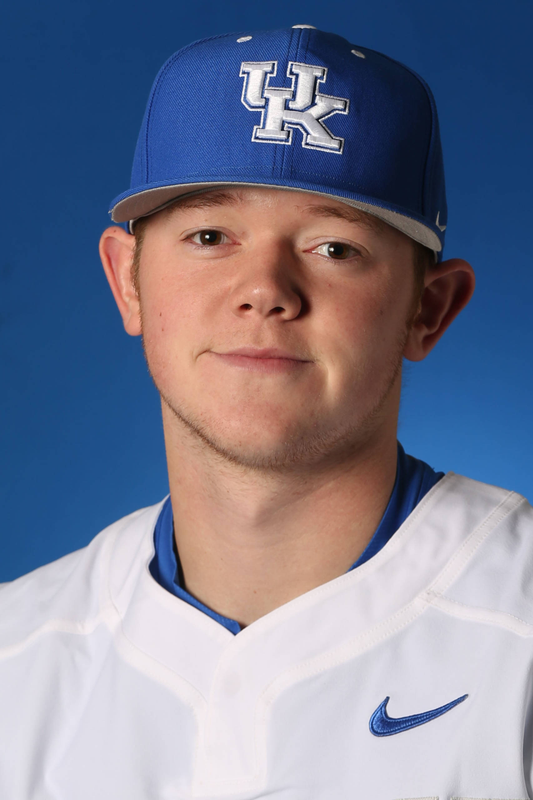 Elite, two-way talent … Is 17 months removed from Tommy John
Surgery and has showed huge strides in his development, showing an above-average
fastball during the fall practice season … Has a competitive approach in the
left-handed box with good power potential … Can impact UK immediately as a
freshman.

Earned four letters for coach Scott Thersen at Saline High
School … Had Tommy John surgery as a senior and did not pitch, but hit .380
with 19 doubles, four homers, 29 RBI and nine steals at the plate in 2015 … As
a junior, went 5-0 with a 0.72 ERA, striking out 62 in 28 innings with four
saves … Hit .429 over 52 hits as a junior with 26 doubles, five homers and 38
RBI, stealing 12 bases … On the mound as a sophomore, had a 1-0 record and a
1.83 ERA with 17 strikeouts in 18 innings … Hit .591 with two doubles as a
sophomore … Had a 2-0 record with a 2.41 ERA in 21 innings as a freshman,
hitting .582 with a double and RBI … Led team to four straight district
championships, regional championships as a sophomore and junior and a state
runner-up finish as a sophomore … First-team all-conference twice and
second-team all-state as a senior.

Full name is Joshua David Smith … Son of David and Patricia
… Has an older brother, Michael (24) … Born on Feb. 5, 1999 in Dearborn, Mich …
Dad played basketball at the University of Michigan-Dearborn.