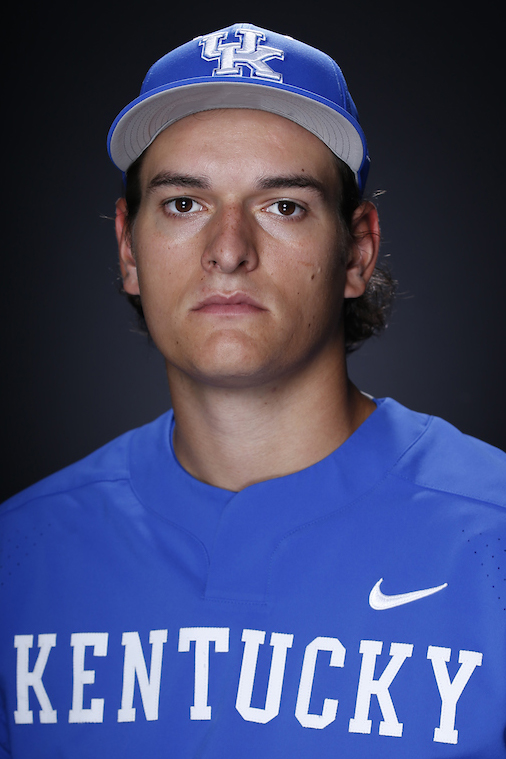 SUMMER 2018
Appeared in nine games with seven starting assignments for the Elmira Pioneers of the Perfect Game Collegiate Baseball League…Went 1-3 with a 5.03 ERA in 39.1 innings…Ranked seventh in PGCBL in strikeouts with 46…Walked just 11 batters…Held opponents to three runs or less in seven of the nine outings…Recorded at least five strikeouts in six of seven starts…Drew the starting assignment in playoff game and allowed just two runs while striking out five in 5.0 innings…Earned a win with seven shutout innings on 7/23…Played with UK teammates Mason Hazelwood and Tanner Johnson.

2018
Pitched in a team-high 26 games, all but one of which came in relief…Went 3-2 with a 5.94 ERA in 36.1 innings…The freshman struck out 42, giving him a K/9 rate of 10.4…Became a trusted arm in the Cats’ bullpen as they tried to bridge the gap from starter to closer Chris Machamer…Started at Vanderbilt on 5/18 as the Cats were missing four top arms due to injury…Acquitted himself quite well in that game, striking out nine in 6.0 innings…Made his collegiate debut on 2/17 at USC Upstate, pitching 2.2 hitless innings…Earned his first career win on 3/23 vs. No. 9 Auburn with 2.1 scoreless innings that allowed the Cats to win in walk-off fashion…Was terrific in 1.2 scoreless innings to help win a 2-1 nailbiter on 4/14 at No. 18 Georgia…Earned the win on 5/12 vs. Mississippi State with 1.2 hitless innings of a 4-1 win that secured a series win in the final weekend at Cliff Hagan Stadium.

PERSONAL
Son of Jim and Joyce…Has an older sister, Jordan…Major is Kinesiology…Played hockey for 12 years.