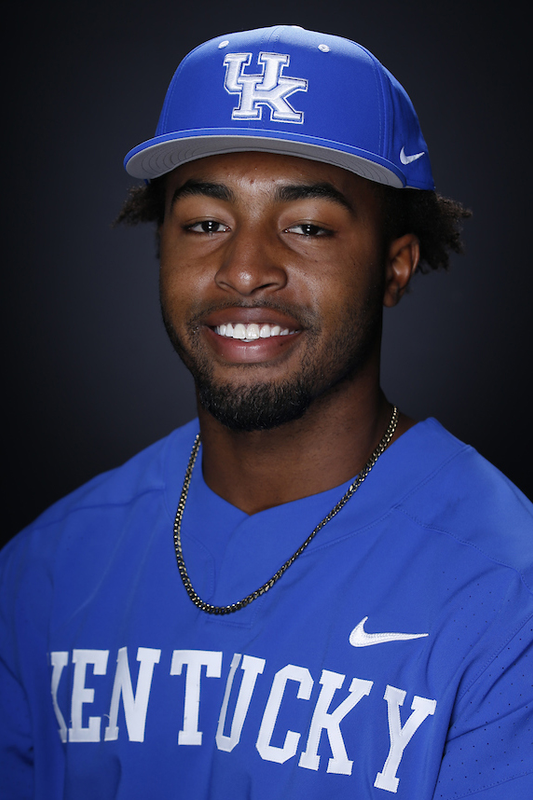 
2019 OUTLOOK
Comes from the first family of Lexington baseball…Brothers, John III and JaVon, were both all-conference players while at UK…Father, John, has been involved with Major League Baseball for more than four decades…Had a massive sophomore season in the JUCO ranks and was one of the best bats in the Northwoods summer league before a hand injury ended his campaign early…Tremendous power to all fields…Plus speed…Elite leadership qualities and presence…Tools are off the charts…Expected to be key cog in lineup.

2018 SUMMER
Appeared in 28 games for the Wisconsin Woodchucks of the Northwoods League…Batted .290 with 24 runs, 17 RBI, eight doubles, five home runs and 17 walks…Stole nine bases and tallied a .931 OPS…Summer ended a bit early due to a minor injury…Selected to the Northwoods League Major League Dreams Showcase by a panel of MLB scouts…Had two-game span in early July where he hit three home runs, scored five runs and drove in eight…Recoded eight multi-hit games…Slugged .520 for the summer.

PERSONAL
Full name is Jaren Thomas Shelby…Hometown is Lexington, Ky. … Son of John T. Shelby Jr. and Trina…Third member of the Shelby family to play at UK: John III (2004-06) and JaVon (2014-16)…Also has two older brothers, Jeremy and Justin, and sister, Tiara…Ranked the No. 53 JUCO prospect by Perfect Game… Coming out of high school, ranked as the No. 5 outfielder in the country by Prep Baseball Report and the No. 73 player overall in the Class of 2016…Was Kentucky Gatorade Player of the Year for 2016…Played in the Perfect Game All-American Game in San Diego in 2015….Ranked the No. 52 player overall and No. 8 outfielder by Perfect Game…Was Rawlings/Perfect Game First Team All-American…Favorite MLB players are Mike Trout and Mookie Betts… Chose UK because it “has always been the place for me and my heart and family will always be with Kentucky.”