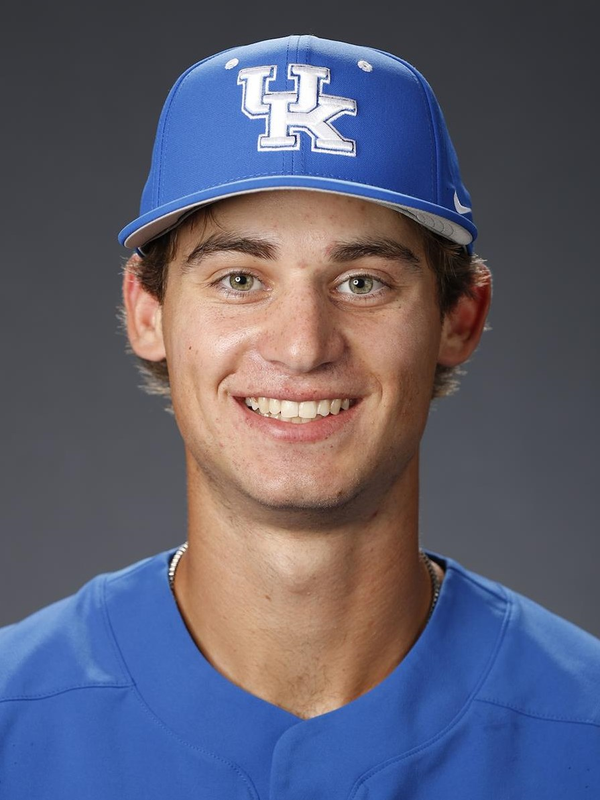 2019 OUTLOOK
Utility infielder who began career at South Dakota State before heading to JUCO for a year…Can really defend at three infield positions…Knows how to handle the bat…Can drag bunt or drive the ball to the gap…Has put in work in weight room and added muscle to his frame…Tremendous teammate and high-character guy.

2018 SUMMER
Played for the Lakeshore Chinooks of the Northwoods League…Appeared in 19 games before an injury shortened his stay…Hit .231 in 65 at bats but had a hit in 13 of his 19 games…Showed his versatility in scoring 10 runs and driving in nine while hitting a double, two triples and a home run while posting a .354 on-base percentage and .708 OPS…Walked 10 times and stole a pair of bases…Had a double, triple, scored a pair of runs and drew a walk on 6/17.

SOUTH DAKOTA STATE (2017)
Played the 2017 at South Dakota State, appearing in 24 games with 15 starts…Batted .281 in 57 at bats with right runs, three doubles, 10 RBI and six walks…Hit .296 in conference play with a .757 OPS…Versatile defender who saw time at shortstop, second base and third base.

PERSONAL
Full name is Jacob Frank Thompson…Hometown is Albert Lea, Minn. … Son of Stan and Carol… Lived with a host family in San Diego for a summer as a prep player and the same family while at Palomar College, which he considers a second set of parents and siblings despite being an only child…Had a decorated playing career at Albert Lea High School for coach Joe Sczublewski…Favorite MLB team is the Minnesota Twins and favorite player is Joe Mauer… Favorite baseball movie is The Sandlot…Picked UK because “there couldn’t be a better fit for me, I love what the coaches believe in and the family atmosphere they’ve created, and it’s in the SEC.”