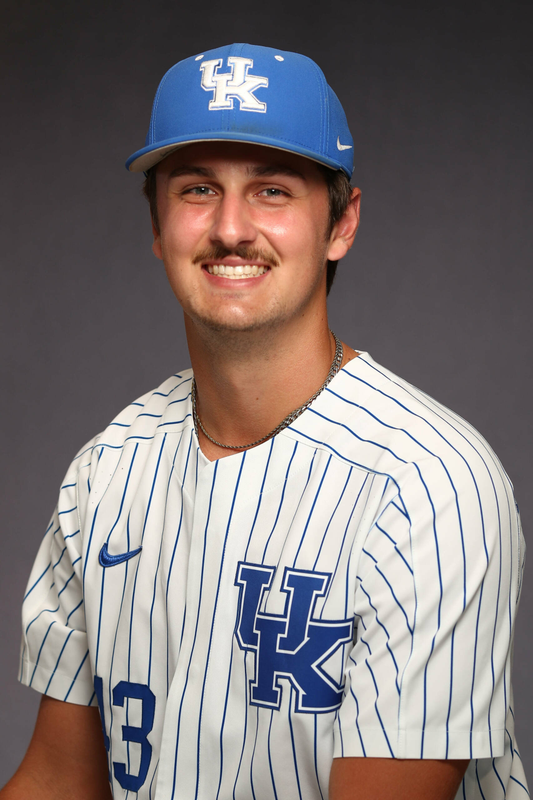 Joined UK teammate Christian Howe in pitching for the Charlottesville Tom Sox of the Valley Baseball League…Had a 2.64 earned run average and one save in 30.2 innings over 12 appearances…Had a WHIP of 1.00…Pitched five scoreless innings on July 28…Over his final four outings he had a 0.54 ERA over 16.2 innings.

Appeared in 15 games…Went 0-0 with an 8.25 ERA…Struck out three in an inning of work in his collegiate debut…Left-handers hit just .261…ERA fell to 4.50 in eight appearances at Kentucky Proud Park.

HIGH SCHOOL
Ranked the No. 93 left-handed pitcher in the country by Perfect Game, as well as the No. 11 player in Iowa…Ranked as the top lefty in Iowa by both Perfect Game and Prep Baseball Report…Honorable Mention 2021 Preseason Central All-Region by Perfect Game…Participated in the 2019 PBR Futures Games…Played for Prairie High School for coach James Nelson…Helped team win its conference in 2018, 2020 and 2021 while qualifying for the state tournament in 2021…Was a Second-Team All-State honoree in 2021, as well as all-metro, all-conference and all-district…Also played basketball, earning Second-Team All-Metro and Honorable Mention All-Conference in 2021.

PERSONAL
Full name is Jackson Donald Nove…Born in Cedar Rapids, Iowa…Son of Shawn and Kristi Nove…Has a younger sister, Ella…Father is a farmer…A pair of uncles both played college basketball…Member of the National Society of High School Scholars…If you like butterburgers and frozen custard, Nove’s grandparents own several Culver’s restaurants.