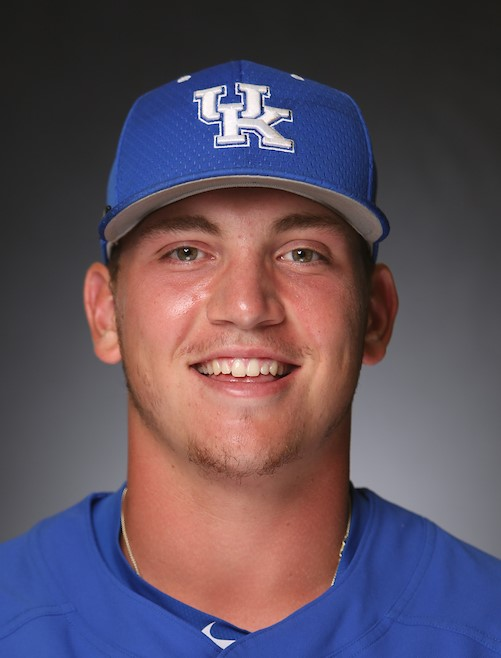 Extremely confident young player who caught the attention of the coaching staff with his mature approach at the plate…Lives in the right-centerfield gap…Believes he is going to get a hit every time he steps into the box…Suffered a knee injury over the winter but should be back for the season…Could see at bats at designated hitter…Defense is improving.

Named to First-Team Greater Catholic League and GCL All-Star Team as a senior … Hit .318 his senior season with 21 hits, 19 RBI, and 17 runs … Defensive back on the Cincinnati Enquirer Division 1 All-Star Team, GCL All-Star, First-Team GCL, and Second-Team Southwest Ohio All-District in football during his senior season … Earned three letters in baseball … Coached by Bob Sherlock … Second-Team GCL as a sophomore … GCL Co-Champion in football as a junior and senior … Community service includes work with the Special Olympics, Big Buddies, and Big Brothers.

Full name is James Peter Bitzenhofer…Major is pre-Economics…Son of Jim and Jaime Bitzenhofer…Born in Cincinnati, Ohio…Has a younger sister, Elise (14)…Had a great-uncle who played football at Xavier University…Has worked as volunteer with the Special Olympics, Big Brother and other programs…Favorite MLB team is the hometown Cincinnati Reds…Favorite MLB player is the Washington Nationals’ Bryce Harper.