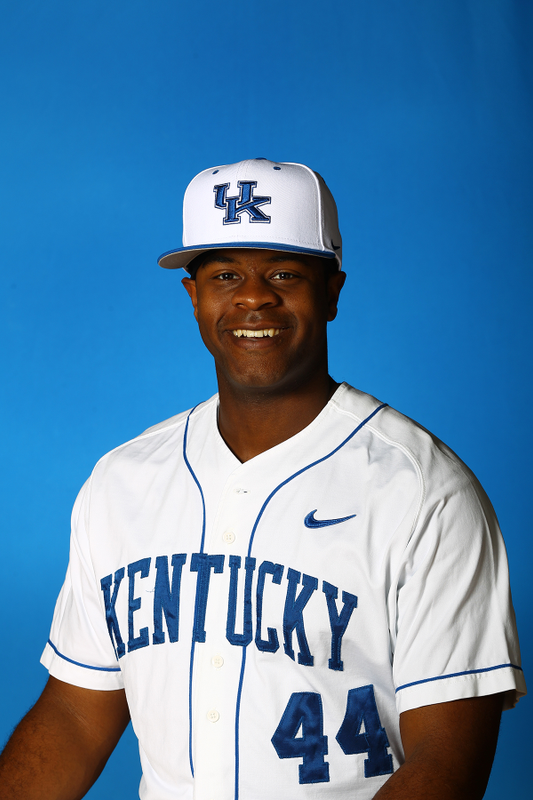 Veteran slugger emerged as an everyday player, in right field and as the DH, in 2015 with four homers in key situations in SEC play … Had a .318 average in SEC games with nine extra-base hits and a .767 OPS … Has a line-drive approach at the plate with an ability to punish mistakes … Has good athletic ability and feel for the game, showcasing his maturity in the way he approaches each day … Is a model student-athlete that is active in the Affrilachian Poets Society and has had several of his pieces of poetry published … Was showcased in a television advertisement based upon his ability on the diamond, his dedication in the classroom and his relationship with a notable UK professor Frank Walker, produced by the university, that aired throughout UK’s sporting events …. Younger brother, Devin, is the starting shortstop for rival Louisville, emerging as an elite defender as a freshman in 2015.

Played in 42 games, with 31 starts as a senior…Named to CoSIDA Academic All-District Team…Tied for fourth on the team with five home runs…Hit a walk-off homer in the bottom of the 12th inning to clinch the series win over No. 2 South Carolina…Also had the game-winning RBI in game two of the South Carolina series…Had six games with two hits, most recently against Missouri in the regular season finale…Had 17 multiple-hit games in his career.

Competitive right-handed hitting outfielder played in six games with one start … Batted .286 (2-for-7) with an RBI and a walk … Had a .375 on-base percentage in limited time … Went 1-for-4 in SEC play … Made one start, as the DH for UK during its second game of the series at No. 14 South Carolina, hitting No. 9 … First collegiate appearance came with a pinch-hit RBI single vs. Niagara … First career SEC appearance came at No. 14 South Carolina, with UK looking for toughness in the lineup it turned to Hairston for a pinch-hit single … Earned the start in the following game after his single, going 0-for-3 with a pair of strikeouts.