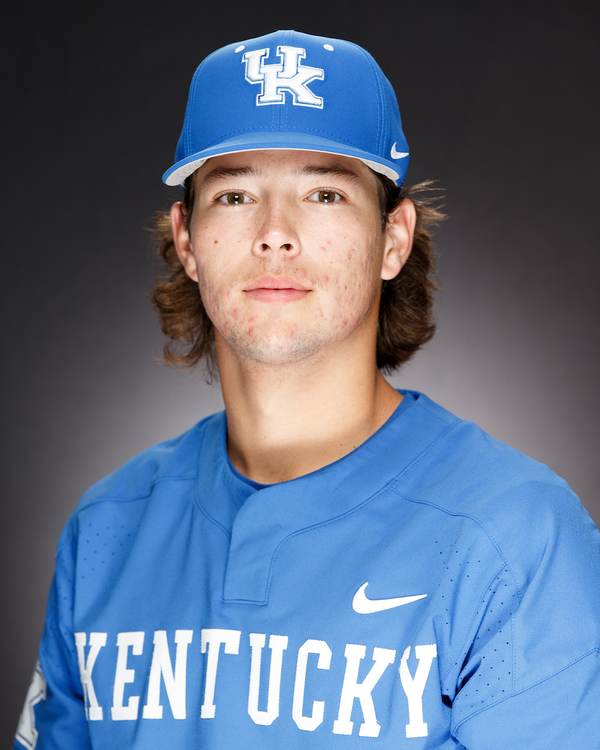 Pitched for Hyannis in the Cape Cod League…Had a 4.05 earned run average in 26.2 innings over 10 appearances…Struck out 26…Statistics skewed by one outing where he allowed seven runs…In other games he had a 1.78 ERA…Yielded one earned run over his last five outings.

2021
Appeared in 16 games with one start…Went 1-1 with a 4.24 ERA…Struck out 34 in 23.1 innings, walking only 11 and holding opponents to a .221 batting average…Made his career debut on Feb. 26 vs. Milwaukee, striking out three in two perfect innings…Allowed zero or one earned runs in 14 of 16 appearances…Made first career start on Mar. 3 vs. Evansville, striking out six in 4.0 innings…Came in and closed the door in opening game of a doubleheader sweep at Auburn on Mar. 27.

HIGH SCHOOL
Paired with fellow Kentucky newcomer Seth Logue to lead Archbishop Moeller’s pitching staff…Ranked the No. 2 pitcher and No. 6 overall recruit in Ohio…Named preseason First-Team All-State in 2020…Played for coach Tim Held…Named to the 2019 Perfect Game WWBA World Championship All-Tournament Team after striking out seven in 6.1 innings across two appearances…Struck out 17 in 11.1 innings at the 2019 WWBA 2021 Grads or 16U National Championship, earning All-Tournament honors…Also played soccer.

PERSONAL
Full name is Austin Graham Strickland…Son of Michael Strickland and Gina Melink…Has four older siblings, Katie, Billy, Ryan and Andrew…Comes from a soccer family…Cousin, Ryan Melink, played at Cincinnati…Cousin, Monica Melink, played at Indiana…Volunteered at the Ronald McDonald House…Recovered from breaking both wrists in a weightlifting accident in 2018…Commuted over an hour to school every day since first grade…Favorite quote is, “I didn’t come this far, to only come this far.”